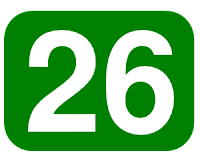 Just had it confirmed earlier tonight that our last 'Edinburgh Labour' candidate, for the 2012 Local Elections next May, has been formally selected this evening ...

Huge thanks to all those Party activists who have made this possible - the real work does though start now: and we have an extremely keen and talented team just raring to go :-))

A mere 26-weeks (or six-months exactly) from this coming Thursday 3rd November until Polling Day!

One news story that occurred during the half-term week ... and my self-enforced blogging-break ... was the announcement that my Ward colleague, Gordon Buchan, was not intending to stand again next May.

Despite our obvious political differences, I have to say I'll miss Gordon's company in Ward 9: assuming I get back-in myself of course?

He's been nothing but a pleasure to work alongside, and has been an extremely hard-working Local Councillor.

More seriously - my very best wishes do go to Gordon for the future.
Posted by Andrew at Sunday, October 30, 2011 No comments:

Better-half now back from her month-long sojourn to the US ... junior is completely over-joyed ;-)

Blogging (not to mention life in general!) should return to some semblance of normality now - and pizza & beer is most definitely off the menu :-))
Posted by Andrew at Saturday, October 29, 2011 No comments: 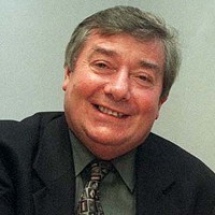 I was really upset to hear of Campbell Christie's death earlier today ...

... when I came back to Scotland in the early 1990's, I was very involved with many of the pro-devolution campaigns - several of which Campbell chaired or was a prominent part of.

I got to know him quite well in those years running up to the 1997-vote and the eventual establishment of the Parliament in 1999.

I also had some more recent dealings with Campbell, during his time as Chair of British Waterways (Scotland), as Ward 9 (Fountainbridge/Craiglockhart) which I represent has a large canal-presence!

Appreciate many have said this today - but not only was Campbell a committed public servant but he was primarily a thoroughly, thoroughly decent human being. He was a complete inspiration to me personally in the early 1990's ...

... all my thoughts are with his family and friends.
Posted by Andrew at Friday, October 28, 2011 No comments:

- Labour opposed to ABM and supported the Public Sector Comparator (PSC): 15 votes
- Greens, as above: 3 votes

- Lib-Dems in favour of ABM but voted 'to continue' the whole process for 1-month: 16 votes
- SNP say they now support the PSC, but voted with the Lib-Dems as above: 13 votes

Now, it doesn't take a mathematical genuis to work out that 'continuation' won the day, yesterday ... but the local SNP claimed in the debate that they were simply giving the Lib-Dems one more month to investigate the PSC and when it all comes back in November they'll vote for the PSC!

Again, you don't have to be a mathematical genius to work out the November result: Labour 15, Green 3 and SNP 13 is a 31-vote majority for the PSC ...

It does therefore, seem to me, to have been a completely pointless gesture to continue the whole process for another month?

Unless, of course, the local SNP plan to change their minds again??
Posted by Andrew at Friday, October 28, 2011 No comments:

Breaking my promised rest from the blog to quickly post up the Labour Group Amendment (full text follows below) for tomorrow's crunch-meeting on the ABM-privatisation proposals ...

... the actual Council Report, that this Amendment refers to, can be found here.

As of this evening, it seems that no other political Group has actually yet fully decided (quite remarkably, given the seriousness of the subject) what they're going to do tomorrow?

Needless to say, any of them would be most welcome to support our position - which we've consistently pursued - that follows ...

1. Council notes that of all the manifestos presented to the people of Edinburgh in the Council elections of 2007 only one specifically advocated the privatisation of Council services.

2. Council regrets that greater public consultation was not carried out on this issue and believes that entering into the proposed contract a mere six months before local government elections is anti democratic.

3. Council also notes, with serious concern, the now acknowledged, significant workforce reduction under this element of the ABM programme with public sector jobs being lost to the city.

4. Council considers that the risk to local services, and local accountability, are too great and the estimated level of savings are unlikely to outweigh the dis-benefits of the ABM approach.

6. Council finally notes that the Public Sector Comparator has been developed which has the potential to deliver significant improvements and savings to in-house service delivery.

7. Council thus agrees to focus attention and resources on the further development of the in-house Public Sector Comparison model to a conclusion, and proceed when fully finalised. 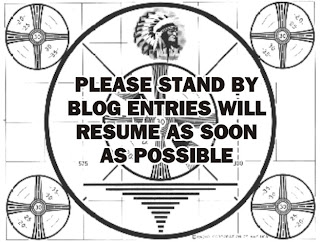 As mentioned a couple of times recently, my better-half is today on her way to America for the remainder of October :-(

Poor junior will now have me as his sole-carer for the next four-weeks!

Obviously, I'll need to re-prioritise for the rest of the month and the blog is going to have to take a back seat ... tragic, I know :-((

I'll resume normal service as soon as possible - but realistically that could be as far away as Monday 31st October I'm afraid: just how will you cope?

Well - just for those really sad anoraks out there - I will make more use of twitter (which could be a huge mistake!) in the next few weeks ... you can find my account here:

--- www.twitter.com/AndrewDBurns (there's also a link over on the right-hand side bar)

Now - better get that pizza and beer dinner ready :-)
Posted by Andrew at Thursday, October 06, 2011 No comments: 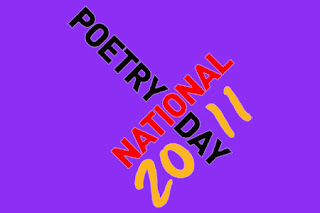 National Poetry Day today - as per the last couple of years practice, I'm going to reproduce a favourite poem of mine along the lines of this year's theme: 'games' ...

... although, it has to be admitted, I've found it harder this year to get to an appropriate poem!

So, here's my 2011 'theme-rationale': Jessie Pope wrote a poem entitled "Who's for the Game?", which arguably encouraged young men to join the 1st World War effort; here's Wilfred Owen's very famous (and most powerful) response, which in early draft was entitled ...

Bent double, like old beggars under sacks,
Knock-kneed, coughing like hags, we cursed through sludge,
Till on the haunting flares we turned our backs,
And towards our distant rest began to trudge.
Men marched asleep. Many had lost their boots,
But limped on, blood-shod. All went lame, all blind;
Drunk with fatigue; deaf even to the hoots
Of gas-shells dropping softly behind.

Gas! GAS! Quick, boys! — An ecstasy of fumbling
Fitting the clumsy helmets just in time,
But someone still was yelling out and stumbling
And flound'ring like a man in fire or lime.—
Dim through the misty panes and thick green light,
As under a green sea, I saw him drowning.
In all my dreams before my helpless sight
He plunges at me, guttering, choking, drowning.

If in some smothering dreams, you too could pace
Behind the wagon that we flung him in,
And watch the white eyes writhing in his face,
His hanging face, like a devil's sick of sin,
If you could hear, at every jolt, the blood
Come gargling from the froth-corrupted lungs
Bitter as the cud
Of vile, incurable sores on innocent tongues, —
My friend, you would not tell with such high zest
To children ardent for some desperate glory,
The old Lie: Dulce et decorum est
Pro patria mori.

Proof, if ever it were needed, that war is no game.
Posted by Andrew at Thursday, October 06, 2011 No comments:

The Community Grants Fund, which these panels basically administer, is coming under ever-increasing pressure and making the decisions about which requests to support all-the-more difficult with each meeting.

Still - it is good that this particular funding pot (whilst reduced in relation to previous years) is still available for local organisations to apply for local project funding ... and some monies are left for the remainder of this year, so do consider applying if your Local Group has a suitable project

All the relevant details (including application forms) can be found here.
Posted by Andrew at Wednesday, October 05, 2011 No comments: 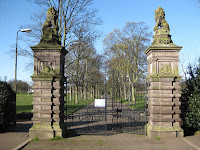 ... there was quite a debate around the Inverleith Park report though --- with all Parties agreeing with each other (eventually) but everyone seeking to take the credit for 'saving the park'!

Truth is, a very effective local campaign has changed political minds (well done to them). Anyone would think there's an election about 30-weeks away ;-)

There was also a division on my colleague Ewan Aitken's motion - see item 5.1 on the agenda - with the SNP/Lib-Dem local coalition refusing to accept paragraph 2 endorsing the event on 22nd October ...

... can't say I followed their logic, wherein they argued that they were doing all they could to raise concerns about aspects of UK Welfare Reform, but weren't willing to simply endorse an event which would have been part of doing just that :-(
Posted by Andrew at Tuesday, October 04, 2011 No comments: 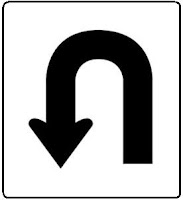 Policy and Strategy Committee meeting tomorrow morning ... main agenda here and all the reports on CPOL, as usual, here.

It does appear a fairly light agenda - there is one amazing coincidence, mind you ... once we formally tabled our motion about a Public Inquiry for the Tram Project (see item 5.2 on the agenda), the Council Leader appears to have had a complete and total change of heart on the issue :-)

Wonders will never cease.
Posted by Andrew at Monday, October 03, 2011 No comments:

Managed to fit in my first visit (with the rest of the family!) to the newly refurbished National Museum of Scotland this afternoon - I know its received endless, glowing reviews since its re-opening a few months ago; and happy to confirm that it really is spectacular and well worth a re-visit if you haven't been recently ...

... junior particularly enjoyed the new wildlife section, which you could easily spend the whole day in without looking at anything else ;-) 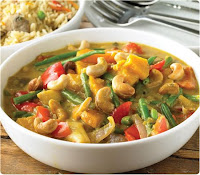 Last weekend before my better-half abandons me for the remainder of the month :-(

So, managed to fit in a proper "Saturday night-out" this evening ... film and a curry!

Of course, this being Edinburgh, we did bump into some shady-characters in the Filmhouse Bar ... there's just no escape :-))
Posted by Andrew at Saturday, October 01, 2011 No comments: