... well, some readers will know there was a problem with the live webcasting (on the day) but the meeting was recorded, and for those interested --- don't all rush at once! --- the archive now features the full meeting, and you can access it via here.

Posted by Andrew at Thursday, February 27, 2014 No comments:

What's the Council ever done for me ...

What's the Council ever done for me? - sadly, quite a common question I hear ...

... well, many colleagues at the Council will know that I've been taking part in a series of workplace meetings with staff, seeking to get views - and input - about the medium-term challenges that are facing the organisation.

And here's a brief video that was put together, to try and answer that too-often heard question, which has been shown at all of the events so far - thought it may be of interest:


Hope you can find a few minutes to watch it? (looks better on full screen!)

Now, clearly, these staff-sessions have helped inform our thinking for this coming year's Budget - as just passed - but, much more importantly, they are about looking forward to the 2015/16 period, and beyond.

The first cycle of these Pride in our People events is now over - but more will follow later this year, and I'll be sure to post-up further details in due course ... 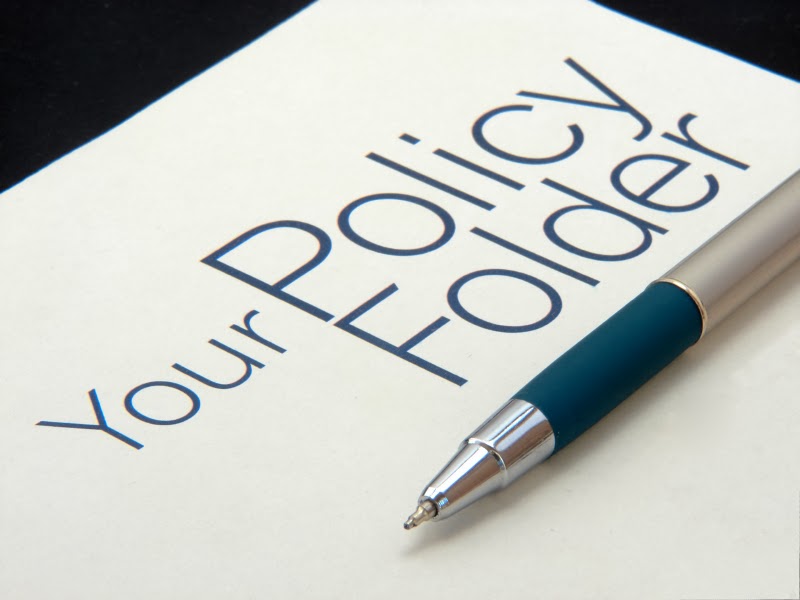 February's Corporate Policy and Strategy Committee is next Tuesday 25th  ...

Quite a few substantial, and important, reports this months:

Posted by Andrew at Wednesday, February 19, 2014 No comments: 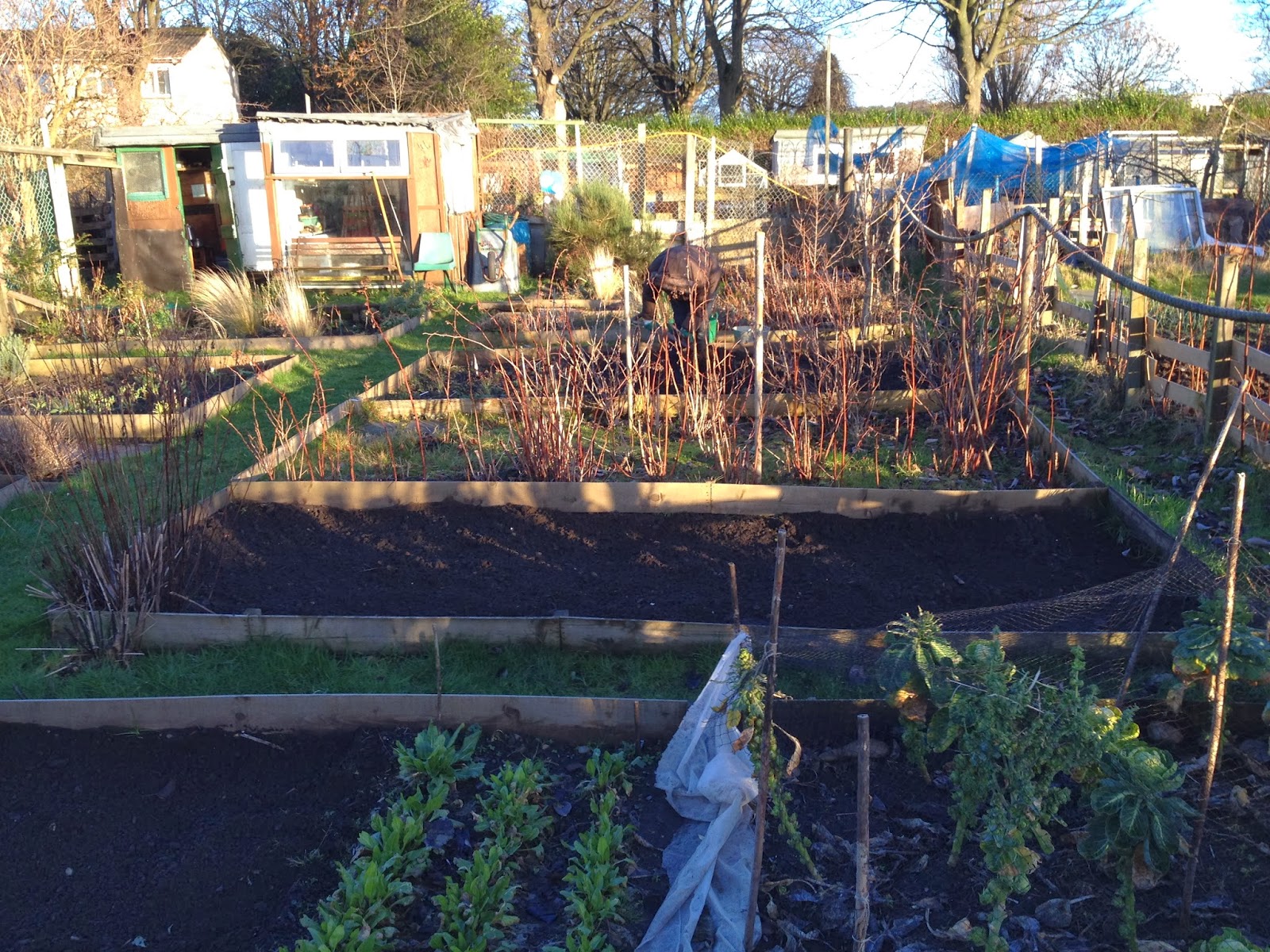 Managed to fit in a visit to the Allotment this afternoon - afternoon sunshine in Edinburgh, pouring down onto the site ... and you can just make out (in the foreground) that our Brussel Sprouts - and spinach - are still going strong :-) 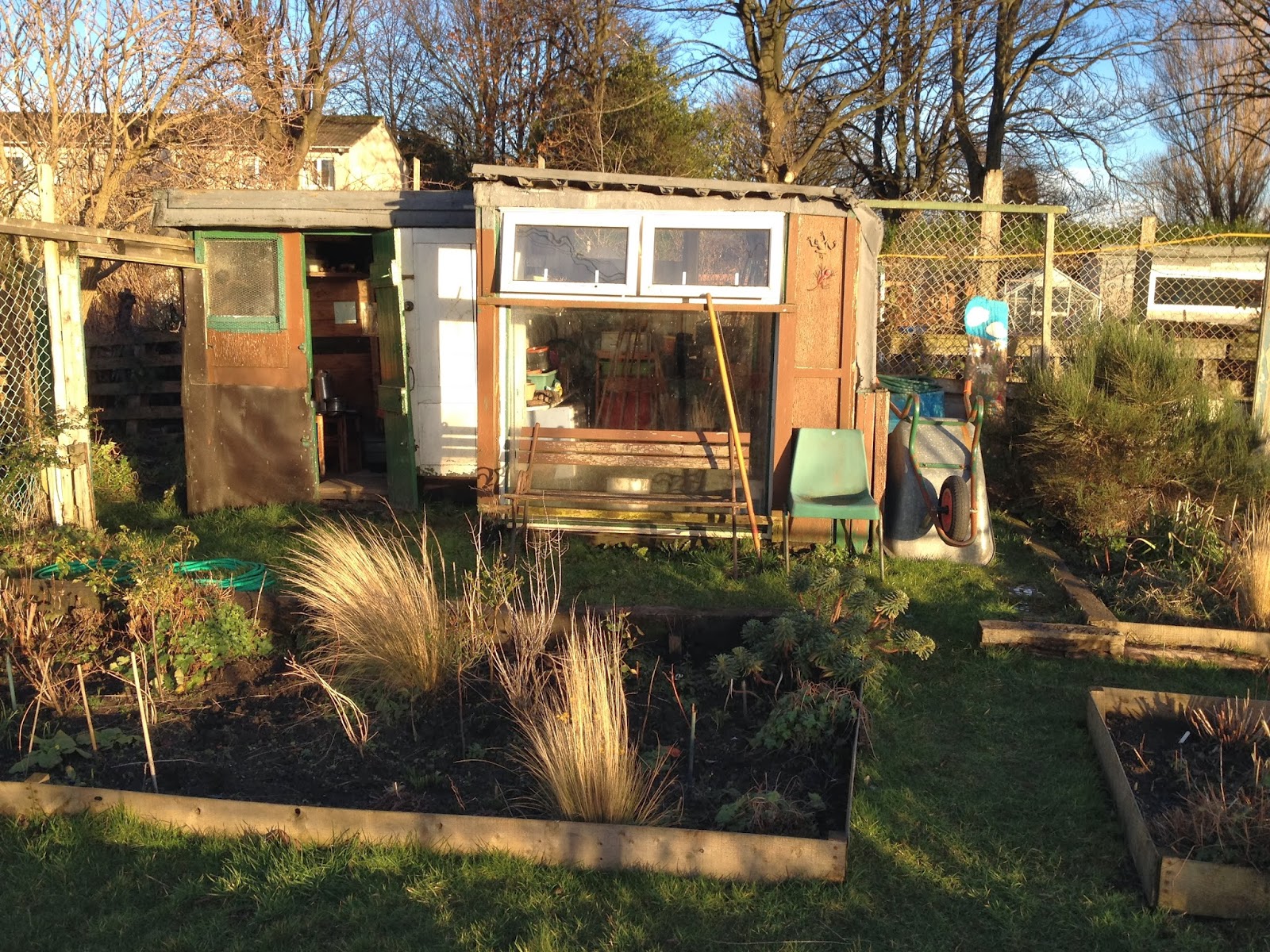 And here's a sunny-shot of our now very, famous Allotment Shed ...

... click that last link, through to my twitter-account, to see what I mean :-))

Posted by Andrew at Saturday, February 15, 2014 No comments:

Budget keeps to Coalition's "Contract with the Capital"

I mentioned the upcoming 2014/15 Budget Meeting, when we published our final draft proposals last week ... well, the budget has now been passed, and I'll simply cut-and-paste the relevant News release (and links therein) below.


Budget keeps to contract with the capital

Protecting investment in frontline services in Edinburgh for young, old and vulnerable residents was a priority at the Council budget meeting today.

Major investment in roads and pavements, supporting young people into employment, and protecting grants for the voluntary sector were other key investment areas.

Cllr Alasdair Rankin, Convener of the Finance and Budget Committee, said: "Given the financial challenges all local authorities are facing over the next few years, we want to invest in the areas that are essential to Edinburgh and so it is important that the public continue to tell us what is important to them.

“Last year we published the draft budget in November ahead of finalising it in February – a new approach designed to ensure we listen to what is important to the public when it comes to allocating money.

“This year we published the draft budget even earlier doubling the length of time available to residents, local and other interest groups to have their say.”

Cllr Bill Cook, Vice-Convener of the Finance and Budget Committee, said: "We used the feedback received during the consultation process to help us make many key decisions, such as rejecting proposals to cut funding for people with additional needs and to amend proposals affecting school librarians and new kinship carers.

“Savings, meanwhile, have been made in areas such as procurement, property rationalisation and improved partnership working, ensuring that we can maintain investment in services for those that need them most.”

The council tax band levels for Edinburgh in 2014/15 will be:

Ensuring every child in Edinburgh has the best start in life
- Investing a further £1.164million in the Early Years Change Fund in 2014-15 bringing the total annual funding level to £4.038 million
- Providing further revenue funding of £1.131 million in 2014-15 for increasing overall pupil numbers across Primary, Secondary and Early Years
- Investing to increase the number of nursery hours for 3 and 4 year old children from 475 hours to 600 hours per year in 2014/15

Providing for Edinburgh's economic growth and prosperity
- £1m to continue supporting the Edinburgh Guarantee, helping improve job opportunities for young people
- Continuing to deliver the Council’s Strategy for Jobs, which is working to create 20,000 new jobs, support £1.3billion of infrastructure investment and help 10,000 people into work or learning by 2017

Strengthening and supporting our communities and keeping them safe
- Investing £1.2 million of Older People’s Change Fund money to reduce social isolation in communities
- Continuing to invest in community policing

Investing in roads, pavements and cycling infrastructure
- £16m investment in roads and pavements
- Commit 7% of the transport revenue and capital budgets for creation and maintenance of cycle infrastructure

Becoming more efficient
- Delivery of procurement transformational efficiencies
- Implementing internal improvement plans
- Reducing the head count of the organisation by developing existing staff, revising roles and responsibilities and preparing for a structural review of the organisation
- Reducing sickness absence to 4% across the organisation
- Maximising savings through the rationalisation of the Council’s property estate
- Reducing carbon footprint and generating income through strategic energy projects

Links to the Coalition budget motion and to the convener and vice-convener's speeches.

Posted by Andrew at Thursday, February 13, 2014 No comments:

As indicated a few days ago, we're publishing today - a week prior to actual Budget Day - the full and final draft of our revised budget proposals for 2014/15.

And as also mentioned, you can still access our initial draft proposals (published in September last year) here - with the associated, detailed figures via links here - and a report on the feedback we received from the public here.

I'll now simply replicate the main text of our final draft motion for 2014/15 below, but it can also be accessed here (that link includes some +30-pages of the associated tables/information!).

I think the motion below speaks for itself ... and it will now be debated at the Budget Day Council Meeting, 10am on Thursday 13th February, to be webcast here.

Motion by the Capital Coalition

1.1 In 2012, the Capital Coalition entered into a contract with the people of Edinburgh which continues to this day. We have committed to:

These commitments and the pledges contained in the Coalition’s Contract with the Capital are, and will continue to be, central to this administration’s work and budgets for this and future years.

1.2 Since May 2012, the Capital Coalition has successfully:


1.3 This has all been achieved within an extremely challenging financial climate which has included:


1.4 Outcome of the consultation

As part of its response to these challenges, the Capital Coalition has given the people of Edinburgh the opportunity to have an even bigger say in the budget setting process. We have:


1.5 The Coalition has listened to the range of views expressed and as a direct result of the consultation has decided to:

In addition the Coalition has decided to:


1.6 None of these decisions has been taken lightly, wherever a proposal has been amended, funding has had to be found elsewhere to present a balanced budget. However, the Coalition will continue to drive forward progress on the six strands which form the basis of our Contract with the Capital:

Ensuring every child has the best start in life

Strengthening and supporting our communities and keeping them safe


Ensuring Edinburgh and its residents are well cared for


Maintaining and enhancing the quality of life in Edinburgh

1.7 An additional Capital budget of £28.5 million was approved last year for 2013-2017. Work to deliver projects has been continuing over the last 12 months and will now focus on:


Continuous monitoring of the Council’s capital programme will be undertaken to ensure projects are delivered on time and on budget.

2.0 Savings
The main areas for savings are carried through from last year’s budget and focus on:


3.0 Risks and Challenges
The Council continues to face significant risks and challenges which are more clearly defined in the Revenue and Budget report 2014/15 – Risks and Reserves (Appendix 1); these will be actively managed and reported through Council/Committee.