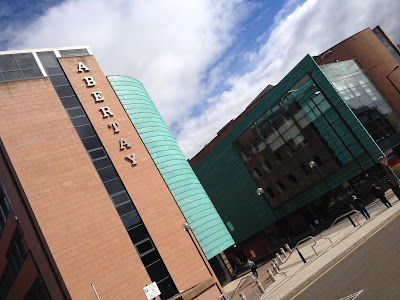 We've been up in Dundee most of today - bit of a significant 'family-event' ...

Rather unbelievably, 'Junior' is off to University, and our Shandon flat is feeling rather quiet this evening :-(

I sense a period of serious re-adjustment on the immediate horizon! 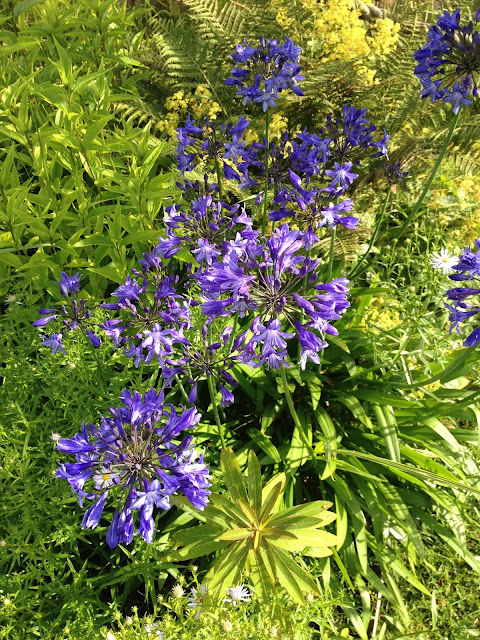 Apropos of really nothing at all ...

... here's a snap of some wonderful "Allotment Agapanthus"

You can read a bit more about the flower here.

It's the last weekend of the Festival, and the 'Fireworks Concert' is fast-approaching ...

... taking place on the evening of Monday 31st August this year.

All the details can be found via this link. 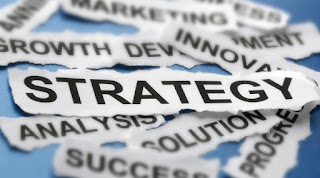 ... and the papers/reports are now in the public domain: the main Agenda can be found here.

Just a couple of main Reports this month:

Just click on either of the above links for access (as a PDF) to the specific report ...

... and, of course, all the Policy and Strategy Committee meetings are webcast live - and thereafter archived!Available via here --- it's TV; but not like you've ever seen before ;-) 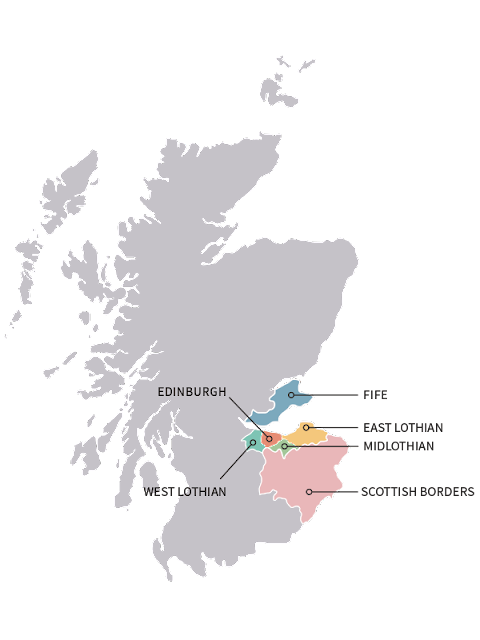 The 'Edinburgh and South-East Scotland City Region' comprises six local authorities. 24% of the Scottish population live in this part of Scotland.

The six local authorities that make up the 'Edinburgh and South East Scotland City Region' are working collectively on a bid to the Scottish and Westminster Governments for a City Region Deal.

The City Region Deal is a mechanism for accelerating growth and investing in success. By investing in infrastructure, skills and innovation we will create a step change in economic performance, which will generate funds to pay back this initial investment.

It is also about greater autonomy and decision making powers for the region to make public service delivery more effective and to tackle inequality and deprivation across the region. Our ambition is to secure £1bn of funding and it is estimated that an additional £3.2bn worth of private sector investment could be leveraged if the bid is successful.

I've written generally about this issue before, via the local Newspaper - here ...

... and just last week, a News Briefing was held (some detail here) flagging-up that a long term vision of the region’s economy will be presented at a Business Breakfast tomorrow (Monday 17th).

And a new City Region Deal website is now available here - do keep an eye on it over coming months, and please do sign-up and you'll be kept informed of progress: many thanks! 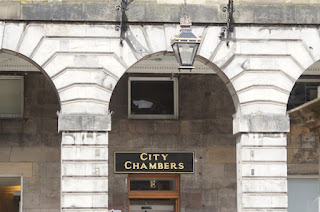 August's Full Council Meeting is coming up - next Thursday (20th) ... 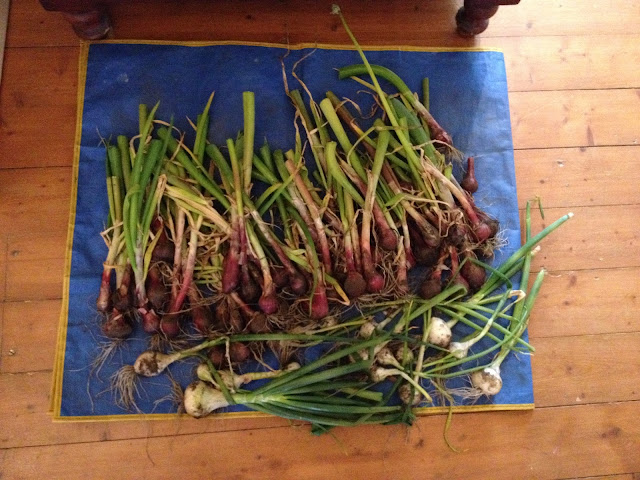 Managed to snatch a quick hour down at the Allotment earlier today and harvested the most incredible crop of onions - probably the best we've had for years ... the snap above is a selection laid out in our hallway :-) 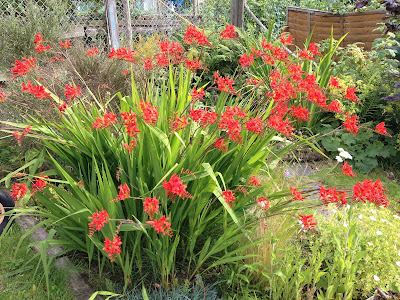 ... and thought this clutch of 'crocosmia', which is planted just in front of our small pond, was looking particularly stunning :-)

Exam results out today --- considerable family interest again this year! --- the relevant Edinburgh News Release is below, with some encouraging early statistics.

And excellent general advice from Young Scot; available here, and the many links therein. 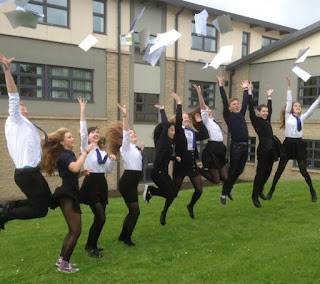 
The anxious wait is finally over for thousands of pupils across Edinburgh as they received their exam results today (Tuesday 4 August).

The anxious wait is finally over for thousands of pupils across Edinburgh as they received their exam results today (Tuesday 4 August).

Early indications are that candidates have once again improved on their performances in many areas from last year and that the overall good performance of City of Edinburgh Council schools has been maintained.

By the end of S4 39% of the roll achieved five qualifications at National 5 Level which is an increase of over 1% from last year.

Nicola Wilson, 16 years, is an S6 pupil at Broughton High School. She said: “I’m really keen to study Speech and Language Pathology at Strathclyde University so need at least 2As and 3Bs in my Highers. I did well last year in my exams so am hoping for the same again this year.”

Education Convener, Councillor Paul Godzik, said: “Early indications from the SQA exam results show that 2015 has been another really positive year for our pupils which is really encouraging . It’s a real achievement to have not only sustained but built on the successes of last year.

“I also want to congratulate all our teaching staff on their commitment to delivering learning experiences of the highest standards especially given the introduction of the new exams. Our pupils should be very proud of themselves too – all their hard work has certainly paid off and praise should also go to parents who have supported their children over the past year.

“The Council is committed to making sure all school leavers enter a positive destination of employment, training or further education. This year a record 93.1% of young people achieved and sustained a positive destination through initiatives such as the Edinburgh Guarantee. We will be looking to build on this in the future and look forward to seeing many more placements and positive results.”

She said: “It was a real pleasure to chat to pupils today to hear how they had done in their exams. Their parents were rightly proud of their results and I hope everyone who was successful today achieves their full potential in whatever future career path they embark on.”

Results by end of S4

The changes in qualifications and in the wider education system as a result of Curriculum for Excellence continue in academic session 2014-2015.

The changes both in the type of qualifications available and in the wider education system as a result of Curriculum for Excellence continued in 2015 with the introduction of the new National Highers. The different types of qualifications taken together with the different approaches to delivery mean that attainment patterns across SCQF levels will vary from those seen in previous years and will make direct comparisons of attainment over time extremely complex.

The new Senior Phase Benchmarking Tool called ‘Insight’ has replaced STACS (Standard Tables and Charts) in order to provide a wider range of measures against which schools will be benchmarked. These will include positive destinations as well as attainment and will take into account the socio-economic backgrounds of pupils and the performance of schools against comparator schools.

Results by end of S5*

Results by end of S6*

*based on the percentage of S4 pupil roll.