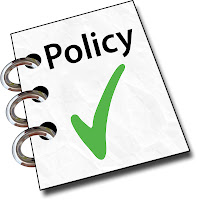 I mentioned last week that the Corporate Policy and Strategy Committee (for August) was coming up ...

... well, the main agenda is now available here; and all the individual reports via this link.

Reckon most debate will be around the regular report on the implications of Welfare Reform; along with the reports on Events Governance, and our own Council's submission to the Scottish Government's consultation on the proposed integration of Health and Social Care services.


UPDATE - my colleague, Ricky Henderson, has now separately blogged about the last report mentioned above. 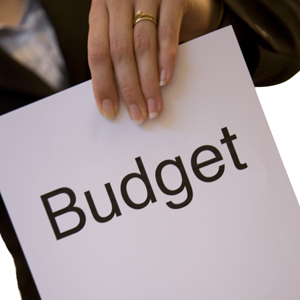 Meadowbank options to be examined ...

As everyone in the east of the city - and much further afield - knows, Meadowbank Sports Centre is a much-loved sporting facility - but we all know it needs some attention ...

... and the eagle-eyed will have spotted that we did allocate some £60K (in our 2013/14 Budget) to begin an options assessment and stakeholder analysis on the future of the Centre.

Well, there has been some movement on this during the week, and the relevant News Release can be found here - and I'll also just re-produce the main text below.

Project team set to draw up options for Meadowbank


The City of Edinburgh Council has appointed a multi-disciplinary project team to start work on drawing up a range of options for Meadowbank that will be put out to public consultation later this year.
Deloitte will be working with Edinburgh-based architects Reiach & Hall and The Sports Consultancy to draft up a variety of different options for the facility.


As part of this process the Council will be working closely with sportscotland, Edinburgh Leisure and Scottish governing bodies of sport to get their feedback on the proposals.
These will then be subject to an extensive public consultation that will aim to hear all views on the future of Meadowbank Sports Centre and Stadium which will inform a future report to Council.
The options appraisal comes following a £60,000 commitment in the Capital Coalition budget to provide an assessment of the future of Meadowbank Sports Centre and Stadium.
Councillor Richard Lewis, the city’s Culture and Sport Convener, said: “We understand the important role that Meadowbank plays in the lives of thousands of people in the city and the significance of the venue in providing sports facilities in the east of Scotland.
“The project team has been instructed to look at all options and they will be doing this in a detailed and impartial way. The public will then have the chance to look at the proposals and give us their views.
“We are determined to involve as many people as possible in the assessment of Meadowbank’s future and together hopefully we can come to a solution that will provide top sporting facilities in Edinburgh while delivering best value for the taxpayer.”
Meadowbank Sports Centre and Stadium is a multi-purpose sports facility and is Edinburgh Leisure’s second most-used venue in the city.
There is an eight lane, 400m athletics track and a velodrome adjacent to the site. The venue also contains indoor facilities including squash courts, two sports halls, dance studios, an indoor football hall and gym facilities.
Louise Martin CBE, Chair of sportscotland, said: “sportscotland is developing a world-class sporting system at all levels and working with our partners in local government is key to achieving this. So we’re delighted to be collaborating with the City of Edinburgh Council to help examine the options for enhancing sporting facilities in Edinburgh.
“Such collaboration helped deliver the refurbishment of the Royal Commonwealth Pool, in which sportscotland invested five million pounds, and provided a tremendous venue for the diving competition in next year’s Commonwealth Games, and Edinburgh has also benefitted from the new 3G synthetic pitch at Meadowbank, in which we invested £300,000 through the Scottish Government’s CashBack for Communities initiative.
“Sport is currently enjoying a very high profile in Scotland, so now is the time to do everything we can to encourage the people of Edinburgh and surrounding areas to participate in sports and physical activities.”
More info:
Architects Reich and Hall have previously worked on the Aberdeen Sports Village, Battle of Bannockburn Visitor Centre and Forth Valley College’s Stirling Campus.
The Sports Consultancy provide sport-focused support services to clients, including feasibility, strategic consultancy, planning, legal, commercial and project management. They have previously worked on the London 2012 bid.
Posted by Andrew at Friday, July 26, 2013 2 comments:

Back at work today, and catching up on the inevitable tsunami of e-mails and messages ... if you're waiting for a response on an issue, I will have them all cleared within the next couple of days.

Still very few Committee Meetings for the rest of July - next main one, for me, is the 6th August Corporate Policy and Strategy Meeting; and I'll post up the various links/reports etc. next Wednesday when they are all available via CPOL.

I'll also be back to my regular Wednesday evening Surgery (at Fountainbridge Library) from this week (24th); but no Monday or Tuesday Surgeries for a few more weeks until the local schools return in mid-late August.

If you need to speak to me, but can't make the Wednesday evening, then do e-mail and/or call - all the contact details are here.

And - I hope everyone is still enjoying this uncharacteristic Summer-weather :-)

Last few days of the summer holiday, and managed to fit in a family afternoon-visit to Jupiter Artland (out at Wilkieston) ...

... Jencks' Cells of Life were looking completely stunning, in all this glorious sunshine: 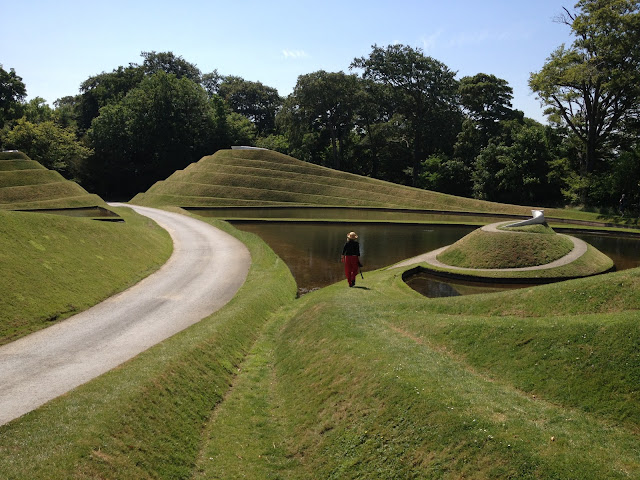 Back in Edinburgh ... and an Allotment Update ;-) 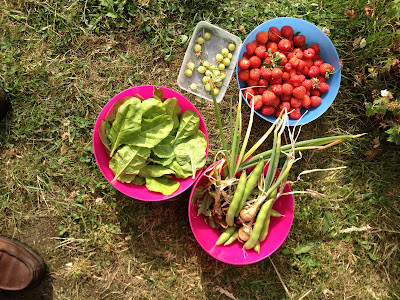 Back from our two-weeks away in Germany ... wonderful fortnight in Munich and Cologne.

Not back in the Office until next Monday 22nd July; but e-mails are being read by staff.

Do text me if you need to contact me urgently.

Obviously had to spend a considerable time at the Allotment today ;-)

... and, despite the lack of rain, everything was in very reasonable order - and, as you can see - we did manage to get a decent crop of:

Over to sunny Salsburgh tomorrow to visit family :-)