COSLA Leaders Meeting this morning ... public papers can be seen via this link; and the overall Agenda here.

Likely to be most debate around the issue of 'Health and Social Care Integration' - our own Council debates our submission to the Scottish Government consultation (on this issue) next Tuesday at our Policy and Strategy Committee.

The general papers for that meeting can be found here with the specific 'Health and Social Care' report being here. 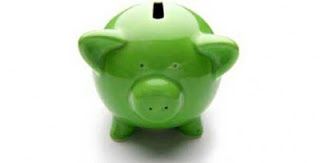 Mentioned last year that it was good to see strong support for the successful location of the Green Investment Bank here in Edinburgh ...

... well, very pleased to be able to confirm yesterday that the Council will be providing a temporary home for the Bank prior to it finding a permanent base in the Capital: details here.

And just a reminder that Lord Smith, Chair of the UK Green Investment Bank, will be speaking at the launch of the Council's new Economic Strategy in a few weeks time. 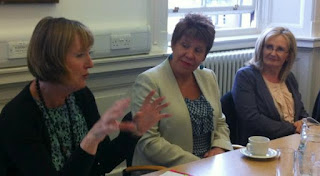 Series of enjoyable (and very well attended) meetings with Harriet Harman and Margaret Curran, who were both in Edinburgh earlier today ...

... was very heartening to hear that those Edinburgh results, back in May, had been so warmly received by colleagues up-and-down the whole country :-)

Also good to hear such lively, and interesting, debate being generated by all those present today.

Councillors today unanimously agreed to award Sir Chris Hoy the Freedom of the City of Edinburgh.
Proposals to hold a civic reception and other celebrations, such an open-top bus parade, for all Olympians and Paralympians with an Edinburgh connection were also approved - details of which will be announced once arrangements are finalised.

Lord Provost of Edinburgh, Donald Wilson, said: "I am delighted that councillors today unanimously supported the motion to grant Sir Chris Hoy the Freedom of the City. It is the most prestigious honour we can bestow.

"Sir Chris is an outstanding ambassador for Edinburgh and an inspirational role model for our city's young people, proving that hard work, dedication and sheer determination can help turn natural talent into world-beating success.

"I have written to Sir Chris advising him of Council's decision and very much hope he accepts this honour and that, in due course, we can welcome him to Edinburgh for what will undoubtedly be a wonderful occasion."

Council today also recognised the contribution of all of the volunteers, coaches, officials, friends and families who have all played a part in the success of Team GB - and committed to ensuring that those associated with Edinburgh be part of the celebrations.

The Council's New Economic Strategy for 2012-17 is being formally launched next month at a conference in the new Assembly Rooms - some details here, and text pasted below ...

... I'm looking forward to this event:

The City of Edinburgh Council and the Edinburgh Business Forum are jointly hosting a conference to launch the Council's new economic strategy and agree how the city will tackle its biggest economic challenges.
The priority for the next few years is clear: all economic development activity will be targeted towards one goal: the creation and retention of sustainable jobs. The conference will explore the programmes that will deliver this outcome.
It will also examine the importance of city regions in driving Scotland's economy forward, and how partnership working is critical for programmes to be delivered effectively.

Registration for the conference is free of charge.

To secure your space at the conference, send an email with your contact details to Nicola.Melrose@edinburghchamber.co.uk or phone 0131 221 2972.

There are a range of sponsorship options still available for the conference. If interested in finding out more, please contact David Hanna at david.hanna@edinburgh.gov.uk or 0131 529 3161.

I've had a few queries in connection to the Governance Review proposals, which are at the Full Council Meeting this Thursday for noting ...

... the full set of Reports can be accessed from CPOL (here) and final decisions will be made at the 20th September Council Meeting, after another month of consultation.

There a short piece up on the Council's NewsCentre - here - text also pasted below:

A report for this Thursday's Council's meeting will set out various options for improving how the Council makes decisions and involves the public.

"People in Edinburgh told us clearly that they wanted better opportunities to influence Council decisions and to see that the quality of our processes were open to greater scrutiny. We have listened and responded, and officers have made good progress on proposals for new ways of working. The options currently on the table reflect comments from coalition and opposition groups and, although there may still be some differences of opinion, this underlines our commitment to a genuine co-operative approach. This principle will continue to guide the final decision on a new committee system that will help make the right decisions about the services we provide to the public.

"The Council needs strong leadership and a stable environment to face the challenges we have in Edinburgh and to ensure the city and its people continue to prosper. Of course, our priority is - and will remain - providing good quality services for the people in Edinburgh but we also need to show that our processes for making decisions about these services are open, accountable and fair. A revised governance system for running the council will help to repair our relationship with residents and rebuild trust." 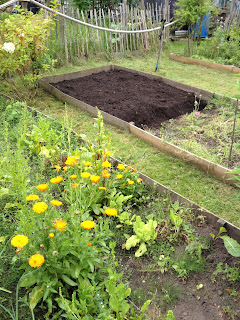 Afternoon over in Salsburgh for an all-too-brief visit to my folks ...

... guess what, sun was shining in Edinburgh when we left and it was belting down with rain in the village :-(

Anyhow, a good afternoon had by all, and my parent's TV-package meant I got to see a rare bit of Premiership Football!

Did manage to get to the Allotment (in the sunshine!) earlier this morning and got the remainder of the post-summer, clear-up completed.

This coming Thursday is Full Council day, and my monthly Leader's Report should be up on CPOL soon ... meantime, here's the text below: 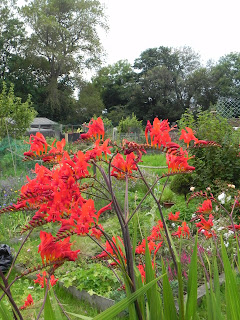 Managed to get a few hours down at the Allotment late this afternoon ... was quite a bit of work to do, having been away for a fortnight.

But - all is now in decent order and some of the flower-beds are looking really stunning ;-)

Site will still need some more attention next weekend to get it up to scratch!

Back home now to watch the Olympic Closing Ceremony ... 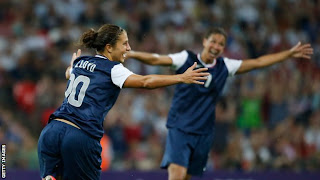 Back in Edinburgh this evening, after a fabulous 2-weeks down in Sussex/Kent ... with 4-days spent in London at the Olympics :-)

Now, as close friends and family know well, I'm not a huge sports-fan by nature; but I do have to say that we were completely swept away by the truly wonderful atmosphere around all the London events we had tickets for.

Managed to get to the main Olympic Park (for Hockey and the Orbit!); Earls Court (for Volleyball); and Wembley (twice - for Men's and Women's Football) - each venue was very slickly managed, and the crowds really were as fervent as they appeared in all the TV and press reports ...

... difficult to pick out a favourite moment - it was all outstanding - but the USA V Japan Women's Football Final, at Wembley, with over 80,000 of a crowd was something really special. It was a pretty passionate match, with both American and Japanese supporters in abundance, and the contest certainly matched (and surpassed, I'd say) many male football games that I've seen for skill and determination.

Now got a day to recover (tomorrow), then back to work first-thing on Monday. Have had a really great 2-weeks away, but am looking forward to getting back to the day-job now ;-)