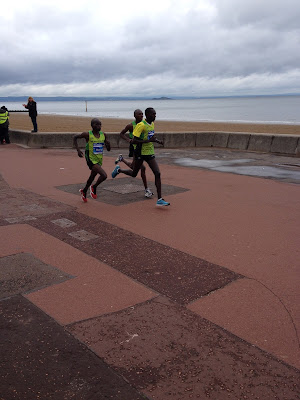 I promised myself last year, given how great the crowds were, that I would go and cheer-on this year's Edinburgh Marathon runners ...

... well, I cycled from Shandon to Portobello Prom. earlier this morning, met up with a couple of colleagues, and spent the morning supporting the thousands of marathon-runners as they streamed along the Promenade ;-)

I actually arrived just in time to catch a snap of the front three as they charged (literally!) through the 5-mile mark :-)

We stayed on the Prom. until everyone had run through, and it was just great to see such a flow of people all doing something so personally wonderful :-))

Congratulations to each and every one of them! 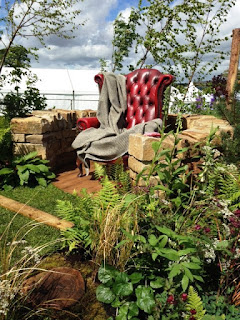 I'm off for my first-ever visit to Gardening Scotland today :-)

... got some family-interest this year, with high excitement being generated after some 'Show Garden' success yesterday - more details via here :-))

... which has a focus on how gardens have inspired famous thinkers and writers over the years. Taking centre stage is a winged Chesterfield chair mounted on a turntable. The specially engineered spinning Chesterfield has been used in place of the rotating shed George Bernard Shaw once used to follow the sun.

Looking forward to seeing it all for real!

One year of trams

Edinburgh Trams have been fully operational for a year now ... without diminishing the seriousness of the difficulties in getting to that point, the first 'operational' year has gone well - some details in the Release below: 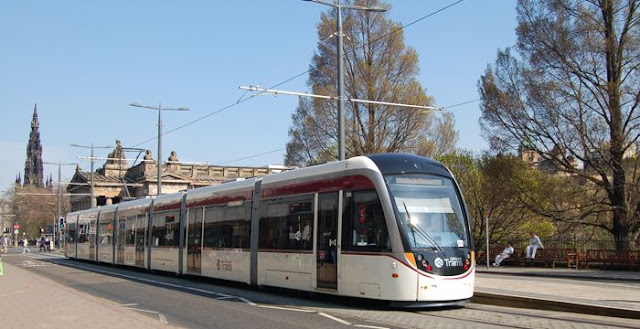 Newly released figures show that there were approximately 4.92 million passenger journeys on Edinburgh Trams during its first year of operations, that’s around 370,000 ahead of target set before launch.

Launched on Saturday 31 May 2014 at 5am, Edinburgh Trams is also set to surpass revenue targets set out in its business model by around 3%. Concessionary card holders are currently accounting for 10.9% of passengers which is well within the Councils budget which was set to ensure that Edinburgh’s card holders get free travel on the tram.

Edinburgh Trams received a 95% overall customer satisfaction rating following an independent UK wide survey by Passenger Focus and operated with 99% service reliability. This means that reliability and satisfaction levels are among the top performing public transport operators in the UK.

“The first birthday is a very exciting day for all of us because it rounds up a hugely significant year for everyone involved. We’ve beaten our targets and we’re on the right path.  The success we’ve worked so hard to achieve is down to the commitment and hard work of everyone involved in delivering the service day in day out.

“We were absolutely delighted with the initial surge of interest when we launched, but even more grateful that the local and visiting public have continued to give us their support.

“We have developed the service over the first year and we’ll continue to improve and adapt to keep our passengers happy, whilst being ready to take advantage of opportunities that come our way. The airport is growing, TFE is developing well, a new tram stop will link us the Fife line and our city is going from strength to strength.  We’re ready to be at the centre of that development and part of the future success of Edinburgh.”

Councillor Lesley Hinds, Chair of Transport for Edinburgh, added: “To have had nearly five million passengers on board the trams since their launch is a massive achievement – it’s thanks to the support of the public that we’ve had such a successful first year.

“Credit must also go to the team, whose efforts and professionalism ensure Edinburgh Trams provides an excellent service to passengers every day. As it continues to develop as a key element of the city’s transport offering we now look forward to its future as part of the city’s modern, integrated transport system.”

Between them, tram drivers and TSAs completed 77,525 journeys over the year covering 674,467 miles up and down the route. The depot was manned for 8,760 hours by staff on a rota system.

The tram line is 14km long with 15 stops (16 once the Edinburgh Gateway is complete) and a journey from the airport to the city centre takes approx. 35 minutes. In 2014 the service contributed 3 million new passengers to the Transport for Edinburgh group with Lothian Buses also carrying an extra 3 million passengers more than in 2013. That’s 6 million more passengers on public transport in 2014 over 2013.

Both myself, and the Council's Deputy Leader, signed up to the 'Make Renting Right' campaign earlier today ... full details in the News Release pasted below: 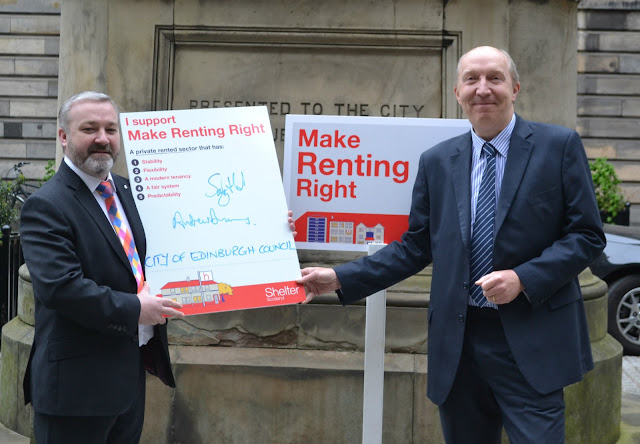 The City of Edinburgh Council today signed its support for a national campaign calling for fair rent for all.

The campaign complements existing work between the Council and private landlords, which includes giving advice about what they must do by law, and how they can resolve problems with tenants. They are also legally required to register with the local authority by law and apply and comply with specific licences.

Councillor Andrew Burns, Leader of the City of Edinburgh Council, said: “The Council has given its full backing to Making Rent Right because we are committed to housing people in high quality and affordable homes, which is a vital step in our battle against poverty.

“Renters are entitled to be treated fairly and while the majority of landlords do so, too many people are still experiencing the opposite. This campaign is a great step towards protecting them.”

Councillor Sandy Howat, Deputy Leader of the City of Edinburgh Council, said: “We are delighted to support such an important and worthwhile campaign. Thousands of people rent in this city for many reasons, with many of them doing so by choice, and ensuring that they can do so safely and at a fair price is vital.

“The Capital Coalition is committed to providing affordable homes and will continue to work closely with our partners in order to do so.”

Graeme Brown, Director of Shelter Scotland, said: “We are pleased that the City of Edinburgh Council has joined our calls for a better private rented sector for tenants and landlords.

“Along with the council, we want to see a private rented sector that is fit for families and protects all tenants – a sector that provides long-term homes, not short-term housing.

“Too often we hear of people being moved on, evicted or rents increased unreasonably, forcing people into the disruptive cycle of having to move house - every six months in some cases - preventing them from ever being able to put down strong roots and being part of a community.

“In the 21st century, we need a private rented sector that is modern, stable, flexible, predictable and fair for those individuals and families that call it home.” 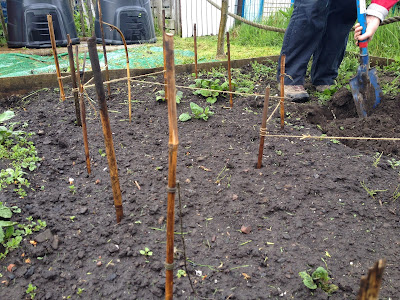 Managed to snatch a bit of time at our Allotment earlier this afternoon ... more planting (peas in this picture) completed - but still quite a bit of digging/clearing to be finished!

But, nevertheless - now all in: 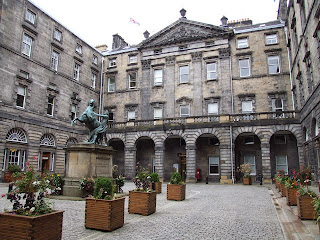 Council business now fully back in post-election mode ... and the regular May Council Meeting is coming up - next Thursday (28th) ... 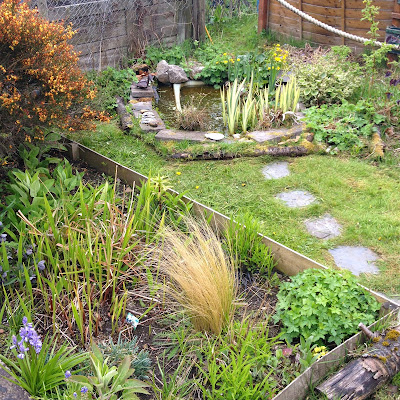 A bit of post-election therapy at the Allotment this afternoon ...

Pond-area starting to get going, as you can see - and contains lots of tadpoles already!

And plenty of veg. now planted:

... and much more to go in, over coming (hopefully, quieter) weeks!

Count over - we've had better nights! 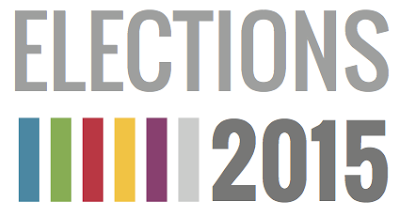 VOTE TODAY #‎VoteLabour‬
Polls Open from 7am to 10pm 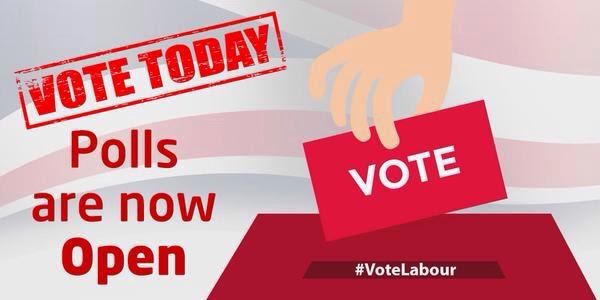 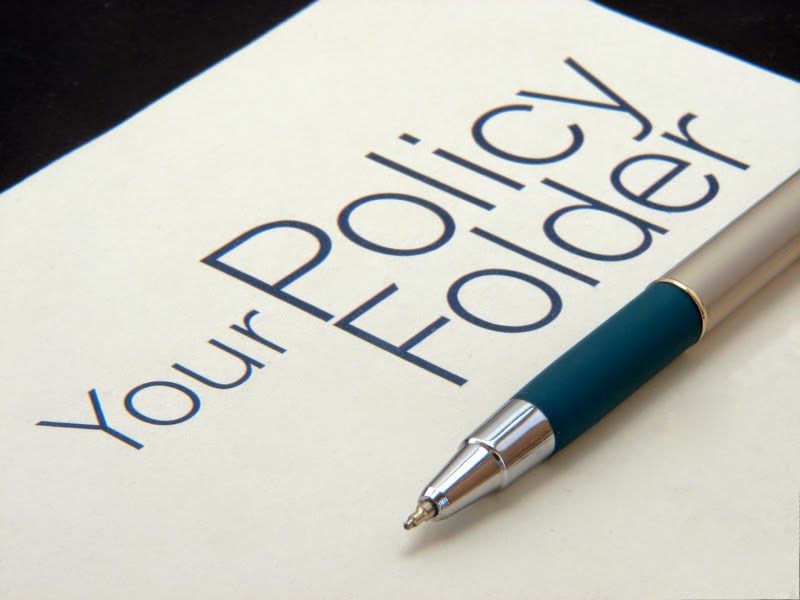 Despite the UK General Election - Local Government life goes on ...

... and May's "Corporate Policy and Strategy" Committee is next week; Tuesday 12th ...

... and all the papers/reports are now in the public domain: the main Agenda can be found here ---

--- the individual reports are all on Committee Papers on-Line (CPOL) linked from here.

Several reports that may well attract some attention and debate this month:


Just click on either of the above links for access (as a PDF) to the specific report ...

... and, of course, all the Policy and Strategy Committee meetings are now being webcast live - and thereafter archived!

All available via here --- it's TV; but most certainly not like you've ever seen before ;-) 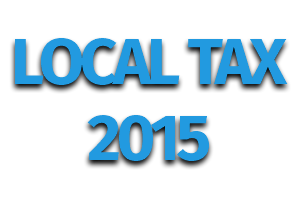 General Election fever may be rife ... but important 'local government' events do carry on regardless!

And - thought I'd flag up that the 'Commission on Local Tax Reform' are now seeking evidence submissions: prior to deadline of Monday 22nd June ...

... some further detail as follows:


We're asking for your help...

We are an independent Commission that has been set up to look at ways of delivering a fairer system of local taxation in Scotland.  We want to begin our work by hearing your views about what happens now, and what the future might be.
Over the next few months we'll be using what you tell us to explore issues and develop ideas- so what you tell us now is very important.


This is only our first step in listening to you.  Any information that you give us now will help start the debate, but we also want this to be an ongoing conversation.

We'll also be setting up different ways in which you can meet us or tell us what you think. You may know other people who have something to say too.  Please share our details with them so that they can have their say.