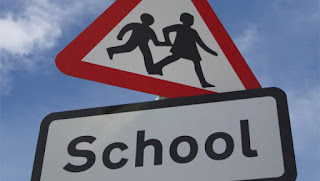 Consultation for a new primary school in south east Edinburgh starts today (Monday 16 January).
The statutory consultation(external link) is taking place due to the significant new housing development proposed within the area because of the Local Development Plan (LDP).
This is the first consultation for a new school as a result of the LDP as school roll projections show that pupils from the new housing will lead to accommodation pressures by 2020.
A site within the ‘Broomhills’ housing development site to the south of Frogston Road East and between Burdiehouse Road and Broomhills Road has been identified for the new school.
The consultation paper outlines the proposed catchment area for the new school which if implemented will lead to changes to the current catchment areas of: Gracemount Primary School, Gilmerton Primary School, Liberton Primary School, Gracemount High School and Liberton High School.
As part of the consultation there will be two public meetings at Gilmerton Primary School (31 January between 6.30pm and 8.30pm) and Gracemount Primary School (9 February between 6.30pm and 8.30pm).
Councillor Cammy Day, Education Convener for the City of Edinburgh Council, said: “The significant housing development planned for south east Edinburgh means we will need a new primary school in the area because of expected accommodation pressures.
“The statutory consultation starts today and allows parents and school communities an opportunity to have their say on plans for the new primary school and related catchment changes. I would urge everyone to take part as we want to listen and take on board the views of everyone affected by this proposal.”
The consultation will end on Friday 3 March and all comments received will be detailed in a report expected to go to the City of Edinburgh Council in June 2017.
Additional information:
The Council has a legal obligation to carry out a statutory consultation under the Schools (Consultation) (Scotland) Act 2010 as amended by the Children and Young People (Scotland) Act 2014.
Full details at: www.edinburgh.gov.uk/newsoutheastschool(external link).