Full Council meeting earlier this week, and the final (of this term) City Council Performance Review (which includes an update on the Capital Coalition's pledges) was up for debate ...

... except there wasn't any debate, as no Opposition Amendments or Addendums were moved ;-)

Now, I wouldn't for a second claim that means there was unanimity about the political pledges - but it was nevertheless good to see the Report unanimously approved - the crux of which is summarised in the table below: 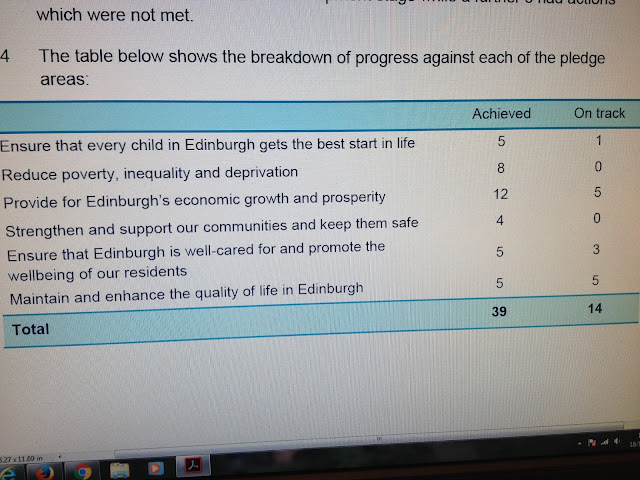