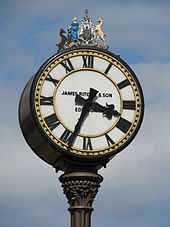 Tollcross Community Council later this evening - and I can actually make it along!

First time I'll have been for a few months, given others pressures, but looking forward to a debate on the Council's draft Budget proposals ...

... formal deadline for comments might have passed, but still several weeks before we actually set the 2013/14 Budget (on Thursday 7th February), so important to continue a dialogue with as many folk as possible.