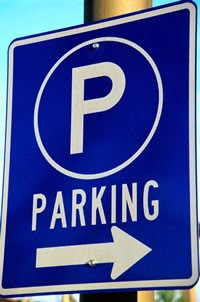 I did promise to provide an update from this morning's Transport Committee Meeting on the CPZ-extension proposals ... so, here goes:

Firstly, can I thank everyone for the large amount of feedback I've had to the report - it really has been appreciated and I did try and feed as much of the comments I received into my own verbal submission to the Committee earlier this morning.

I have to say that the Committee Meeting was far from ideal and a lot of (initially, at least) competing amendments were being moved to the report's recommendations before an all-Party agreement was eventually reached on the way forward. There was then, ultimately, no political division on this.

I will try and outline how I read the main decisions below - I have to stress this is my interpretation (I think it's correct) but it will be the actual 'minute' of the meeting that is final and I will post separately on that just as soon as the Committee Clerks have it approved.

So, for Report No. 22 and the recommendations 12c and 12d (see page 2 here) which affect areas of the Fountainbridge/Craiglockhart Ward:

In essence, my understanding is that this now means:

I'm fully aware that the decisions above will not be welcomed by everyone, but I do believe they represent the current majority feedback to the recently completed informal consultation. That said, as I mention above, there will still be ample opportunity for residents to input further thoughts into the process as it now unfolds.

Please do get back to me if you need any further information/clarification at this stage - and, as promised above, I will post separately on the actual 'minute' of this morning's meeting just as soon as the Committee Clerks have it approved.

Many thanks again for all the feedback and input to date ...