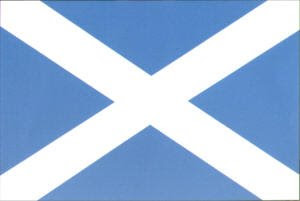 I don't like to quibble, but I make 11th September 1997 somewhat 'just' short of ten years ago - not what I'd class a "generation" ... I've always considered that to be more like thirty years?
And over the last few days I've heard Nationalists say endlessly that the "National Conversation" - and subsequent (they hope) referendum - is a 'once-in-a-generation' chance to vote on our nation's future ... that's what I thought I did on 11th September 1997 when I voted YES/YES to a devolved Parliament with tax-varying powers?
I've made it very plain before that I'm no slavish opponent of Independence, and do feel strongly that devolution is (and has already been) a process and was not a singular event. And I guess the 'Scottish' Nationalists, to be fair, are at long last accepting that there's a very long-game to play here and have long since dropped the 'free by 93' approach ... can't they just go that one last step?
... look hard at Catalonia's powers; note who achieved them (yes it was Nationalists - or I should correctly say non-secessionist Nationalists!) in the main; consider what they never pressed for (outright Independence) whilst accruing those achievements ... now if Scotland's Nationalists took that step, would they be facing the hostile political opposition of the last few days ... and worse still, from my political perspective, would Wendy Alexander's (let's just assume!) forthcoming task be easier or much more difficult?

But aren't colours now too firmly nailed-to-the-mast; surely the SNP wouldn't drop their demand for outright Independence if the "National Conversation" overwhelmingly rejected it ... they wouldn't be that sensible would they??
Posted by Andrew at Wednesday, August 15, 2007

The problem re a vote on independence is that it's never happened in any generation. It wasn't on the ballot paper in the 1997 referendum, and as you and I know full well having stood against eachother for the Council in Moat back in 1999, people seldom cast their votes based on a single issue.

My support for independence is based on the belief that it's the constitutional settlement for Scotland superior to all others, and as such, it's not something I'll ever stop trying to persuade others of the merits of. That said, I also believe that 'more powers', however it is defined (and isn't that the big problem for the other 3 main parties right now?) would be a good thing also. If I can't have independence in the short term, I'm more than happy to make progress in other areas. If that then undermines the wider public support for independence, then so be it, but it wouldn't alter my personal support for independence one whit.

I'm pleased that Labour now appears to be willing to consider further powers for Holyrood. However, I can't help but feel that the only reason we're now having this debate publically at all is as a concession to an SNP victory (however narrow) and continued strong public support for independence.

Constitutional reform only happens at Westminster when the existing structure is put under pressure. Surely even the committed devolvers in Labour would have to concede that without the 'threat' of independence, it's unlikely that there would be a Scottish Parliament, at least in anything like its current form, and there'd certainly be little prospect of it attracting some of the powers now being discussed?

Many thanks for the comment - and very good to hear from you!

I do actually agree with most of what you say - clearly there hasn't been a referendum with Independence on the ballot paper, and I have no problem whatsoever with the intellectual integrity of those (like yourself) who argue that it's your preferred constitutional option for Scotland and you want to vote on it. Problem is, from your perspective, I genuinely think you'd lose the vote at the moment.

Our disagreement - I guess? - would come, in that I believe you'd actually progress your cause "even more" successfully by moving away from the Independence demand for now ... don't you sometimes have to let go of that which you cherish most to ensure it's long-term success? ... not just a political axiom :-)

And indeed, isn't that really 'exactly' what the SNP did in the run up to May - to a large extent - by 'parking' the Independence question in a referendum promise?

I do think (so politically, maybe I should hope you don't do this!) that if the SNP 'parked' the Independence question even further, then you'd gain even more chance of success of attaining your long-term goal.

I think it was that "removal" of the direct and immediate 'threat of independence' (as you put it) on May 3rd which led, in large part, to your electoral success.

Andrew, out of interest, how would you measure whether the consultation supported an independence referendum option or not?

In detail, I have absolutely no idea ... primarily because there are no 'specific questions' in the process as of yet - although para. 6.9 alludes to them possibly being developed?

... but in general; surely it's up to Scottish Executive civil servants to summarise the inputs (from what appears to be a myriad of potential submission-routes!) after the close of the consultation period;

... present that to Ministers;

... who will then amend/agree as they can and/or desire, poltically;

... then Ministers present to the public ...

Mind you, there appears (unless I've missed it) to be no closing date on the consultation period ... which does give Ministers a useful degree of flexibility in calling a close at a point that suits their perceived objectives ... or is that me being too cynical :-))

The craving for independence is certainly stronger in Catalonia than it is in Scotland. The Catalan culture was ruthlessly crushed during Franco's years with the language strictly repressed until 1975 and Catalan only being officially recognised as a nationality in 1979.

So, due to the painful history that the area went through, a history that Scotland has thankfully avoided for hundreds of years, the Catalans are content to park independence not for political gain, but rather to satisfy the sensitivities of the families who lost grandparents only a couple of generations ago.

As time passes, it's fair to say that we can expect Catalonian Independence to move up the political priority list for the region.

For these reasons, I think a comparison between the push for independence in Scotland and Catalonia is somewhat unfair.

But in terms of 'asymmetrical-devolution', it's hard to find any other better comparator for the UK other than Spain ... unless my modern history is much worse than I thought :-(

Well, regardless, your over-riding argument regarding the SNP's dilemma still holds.

I spent much of the election campaign crossing my fingers that noone within the SNP would 'break cover' and push the independence argument too hard. It was clear the deciding vote on May 3rd came from the "we want a change, but not independence" camp.

A more asymmetrical comparison is Northern Ireland. 30 years of pushing for independence with guns and bombs and they are no further forward than Scotland. The softly-softly approach is probably the best option for the Nationalists, I certainly agree there.


I can't suggest a better alternative to Spain. My random Catalonian knowledge stems from a chance visit there in October so I'm sure your modern history knowledge trumps my own ;)