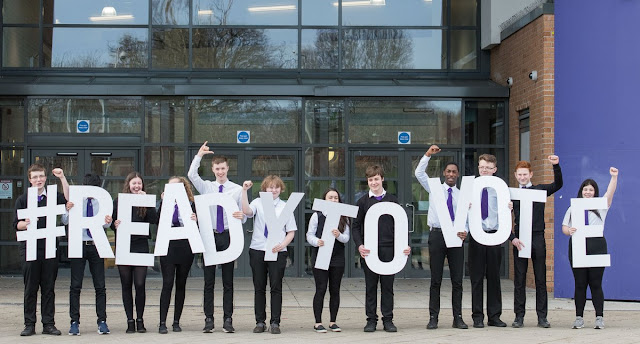 Pupils get ready for first vote in Council elections

On the day the formal notice was published ahead of the local government elections on 4 May, a group of 16 and 17-year-old pupils in the Capital today found out more about how to register to vote.
A voter registration event was held at Holy Rood RC High School, raising awareness among pupils about their eligibility to cast their vote in the Council elections for the first time.
Andrew Kerr, Chief Executive of the City of Edinburgh Council and Returning Officer for Edinburgh, said: "This is the first time 16 and 17-year-olds are eligible to vote in Scottish Council elections and it's a great opportunity for young people to get involved in local democracy and have their say about how services are delivered where they live.
"Registration for the 4 May election ends on 17 April and it's quick and easy to do - find out more at yourvotematters.co.uk(external link) and make your vote count."
Asked why it was important for young people to go out and vote, Holy Rood High S5 pupil Jason Stewart-Evans, 17, said: "It gives me, as an individual, more of a say in my political system."
Niyoshi Dave, 16, also S5, said: "I believe it is important to vote because the laws being passed right now will significantly affect my future."
And Christy Biju, 16, S5, said: "Voting is a right we have and we should use it, especially young people because we are the future. We need to make our voices heard!"