New CCIN Chair ... "How do our co-operative values continue to shine a light on today’s problems?" 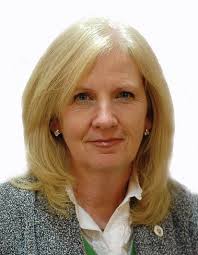 My own time as Chair of the Cooperative Councils Innovation Network (CCIN) has now come to an end - and I was delighted to see that Sharon Taylor (Council Leader in Stevenage) has succeeded me ... here's an article she has posted on the CCIN web-site:

Thank you for the honour and privilege you have given me in electing me as Chair of the Co-operative Councils’ Innovation Network.  I have been involved with the Network since its earliest days and look forward to playing my part now in shaping its future.

‘The heart of a town lies in its people’

Our Stevenage motto sums up exactly why the Co-operative Council model is so right for us and the way we work with our community.

Stevenage New Town celebrated our 70th birthday in November last year, we were the UKs first post-war new town, built to deal with the acute housing shortage after the second world war.  New Towns quickly focussed on building new homes and providing the strong economies that brought good jobs.  Consequently, when the new residents moved to Stevenage they found little in the way of community services.  These early residents soon began to work together to secure the services they needed and this spirit of co-operation is woven into the fabric of Stevenage.

Seventy years later we face the greatest period of change and uncertainty that we have seen in the post-war years, the aftermath of long years of austerity that have seen public finance decimated, Brexit and the complexity of Britain establishing a new identity, a turbulent political world where the evolution of democracy and party politics seems to have been replaced by a series of earthquakes, the relentless march of technology, and a geopolitical situation which seems ever more uncertain and threatening.

So how do our co-operative values continue to shine a light on today’s problems? How are they relevant, especially at our local level, to creating places that work for the communities and people that live, work and visit them and which harness the passion, commitment and ideals of our communities to bring economic, environmental and social ‘dividends’.  We know that people respond most strongly to those things which most closely affect their daily life.   The area they live in, the health care, education, housing, leisure and quality of environment that they are able to access locally are all considered to be vital components in people’s perception of quality of life.  But the ability to influence decision-making on all of those is vital too.

We know that for decades people have felt more confident in their local council to take account of their views than they do of Westminster politicians, but we must never be complacent about that  -this was part of the driving force behind setting up the Co-operative Councils’ Innovation Network.  We want to reclaim the traditions of community action, community engagement and civic empowerment which can transform communities and which will help us deliver radical and innovative programmes that are designed, led and delivered in partnership with communities and therefore maximise the social benefit they bring.  It has also always been the purpose of the Network to share our developing good practice and to support one another in our co-operative aims and values.

The vital thing about co-operative councils is that they should, and will, look different around the country, because each place is different.  We have different challenges, histories and economies and there is no one right answer to these.  What we are doing in the network is proposing some of the characteristics of Co-operative places, people and public services.  Please let us know what you think of these, they will be stronger and more enduring if we all contribute to them.

In Stevenage we are coming to the end of our first phase of a radical innovation in co-operative neighbourhood planning and management.  We were faced with a regeneration need in the local neighbourhood centre which consisted of a row of dilapidated shops of which only two of four were in use, poor quality housing above the shops, a pub which had ceased to be viable and, although treasured by some community members, had ever-dwindling custom and a building which required significant investment.  The neighbourhood centre also housed a well-used and well-run community centre with an active committee but which also had some limitations because of the nature of the building.  As we began to consider how to tackle these challenges, we were fortunate in that the local residents group had increased in membership due to a project to refurbish three large community-use squares.  This group was keen to get involved in the planning and delivery of the regeneration project.  We also had the benefit of a local, and very active group, ‘Friends of Hampson Park’ who were helping improve the environment in the local Hampson Park.

The other happy coincidence in this project was that one of our three excellent local councillors for  Pin Green has a background in town planning and was able to help with the facilitation of the co-operative neighbourhood planning process that ensued.

It is a feature of co-operative council engagement with communities that they must be able to effect change.  The Council had envisaged that the Community Centre would stay on its original site as the regeneration happened around it.  But our community had other ideas.  They requested the community centre be rebuilt on a new site in Hampson Park and extended to include additional space and a coffee bar for park users.

So three years on from the very start of the planning and via a wonderful process that has involved so many groups, individuals and the local businesses, the area is now transformed.  We have two new purpose-built shops which face the main road (instead of being tucked around behind the pub where no-one could see them and there was no passing trade), we have delivered eight new council homes already with another twenty-two to come early this year.  The community centre has been built on its new site and is already thriving.  In addition to this the community engagement and  dedication to the park has earned Hampson Park a coveted ‘Green Flag’ status, we have been able to refurbish the children’s park and build a brand new open-access Skate Park on the site for all ages to enjoy, very significant community dividends which benefit everyone in Pin Green.

Most importantly, we have learned so much through our engagement with our community. Friends of Hampson Park, and our other community activists wanted to reach out to a much wider group of residents so they organised a huge ‘Teddy Bears Picnic’ in the summer where we were able to encourage the 700 people who attended to contribute to the planning exercise as well as enjoying the many family activities on offer.  Young parents often find it difficult to attend evening meetings because of other commitments and this was a great way to engage them as well as other residents who work shifts or prefer not to go out in the evenings.

We continue our co-operative work in Pin Green and this year we will roll out what we have learned to two new wards.  To help us manage the increased input we now get from residents about their area, we have engaged a small group of neighbourhood wardens who will work with our community and their local partners like the neighbourhood policing team, community centre manager, local businesses etc to ensure the council plays our part in getting things done.

Friends of Hampson Park, our ‘Green Space Volunteers’ have won a ‘Pride of Stevenage’ award for their work, our residents forum has won two national awards and both are now sharing their experience and the expertise they have developed to help other areas of Stevenage.

It has been a huge pleasure to participate in this project which has been the embodiment of ‘Co-operation in Action’.
Councillor Sharon Taylor, OBE
Leader, Stevenage Borough Council
Chair, Co-operative Councils’ Innovation Network
Posted by Andrew at Thursday, February 16, 2017