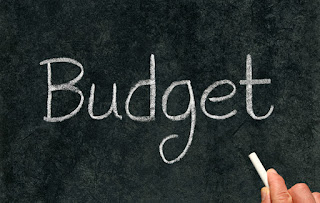 The City of Edinburgh Council will continue to prioritise frontline services for young, older and vulnerable residents while making necessary savings under the 2017/18 budget, set on Thursday.

During 2017/18 the Council will deliver several key projects benefitting citizens, including beginning construction on an additional school in South Edinburgh and a new Meadowbank sports centre, as well as increasing spending on roads and pavements.

This follows the approval of a four-year budget framework in January 2016, which focuses on the services that matter the most to people, as indicated by consultation with the public.

Councillor Alasdair Rankin, Convener of the Finance and Resources Committee, said: “In 2016 we approved a four-year budget framework which drew on feedback and ideas from the public, and this year’s budget continues to reflect residents’ priorities.

“Despite an uncertain financial climate we have set a balanced budget for Edinburgh, as well as securing funds for several major projects throughout the city.”

Councillor Bill Cook, Vice-Convener of the Finance and Resources Committee, said: “It’s no secret that it’s a challenging time for the Council, as with local authorities across the country, but I’m pleased that thanks to prudent financial management we have been able to successfully set the budget while continuing to look out for citizens’ best interests.”

While this year’s budget has been set against a backdrop of increasing service demand and continuing real-terms funding reductions - resulting in a need to make significant additional savings - an extra £12m towards the Council’s budget was announced last week (Thursday, 2 February). This will allow more spending in areas such as roads and pavements, building maintenance and addressing the impacts of rising school rolls, as well as reductions to planned savings across libraries in 2017/18.

In addition to income linked to the Scotland-wide increases in Council Tax for higher-banded properties, extra resources will be made available to the Council through a 3% increase in Council Tax – the first such rise in nine years. Feedback has shown the public to be generally in favour of a rise in Council Tax to enable the preservation of essential services.

Investment in new projects approved today (Thursday) include the £12m refurbishment of North Bridge, £7.8m to address the costs from rising school rolls and an extra £2.5m to spend on roads and pavements. In addition, Councillors agreed an updated 2016-20 Business Plan for the Council.

Members also received the results of a period of engagement held towards the end of 2016, when the public was asked to submit ideas and feedback on how the Council can deliver services more effectively, based on budget commitments agreed previously.

Responses submitted across a range of channels focused on the delivery of library and community services, online resources and leisure activities, as well as ideas on street cleansing, road maintenance and cycle infrastructure. These will now influence improvement plans for each of the city’s Localities.

This year the Council has a budget of £968m and will continue to prioritise investment in key frontline services and outcomes while making savings of £38m.

The council tax band levels for Edinburgh in 2017/18 will be:

Find out more about the Council Budget process online.