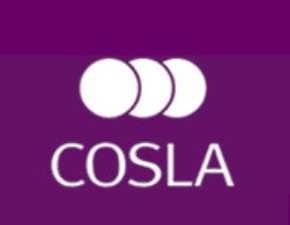 Councils Homelessness effort under threat if funding cut says COSLA
Speaking today (Wednesday) in advance of the Scottish Government laying out its spending plans for next year, COSLA’s Community Wellbeing Spokesperson Councillor Harry McGuigan said:
“Councils have made great efforts to tackle homelessness in recent years but a severe cut to Local Government next week will threaten all of this hard work.  As the Scottish Government look to hollow-out council funding even more, this will result in resources being taken away from support services that stop people becoming homeless.
“Our funding is at breaking point and, despite the evidence that councils are prioritising the most vulnerable communities, there are only so many efficiency improvements that can be made before the quality of service is affected.  While councils have done well to meet their statutory obligation on homelessness, the impact of cuts is beginning to be felt by the most needy in society.
“Although many of the drivers of homelessness lie outwith the remit of Scottish and Local Government – such as the introduction of Universal Credit – it is important that both spheres of government in Scotland work together to support those in need.  If one sphere of Government makes a political choice to cut its funding to Councils we are certainly not working together to alleviate the problem.
“It is tragic that anyone should be made homeless in the 21st century, especially at this time of year with Christmas approaching and a cold winter starting to bite.”
City of Edinburgh Council Leader, Councillor Andrew Burns, added:
“Over recent years, Edinburgh has seen a steady reduction in people presenting as homeless. A major contributing factor has been the collaboration with our partners in the third sector. These achievements have also been despite a challenging economic climate and significant budget pressures throughout the city.”
“Of course, protecting vulnerable people will continue to be our key priority and we are committed to reducing homelessness further across Edinburgh. But these recent, very positive achievements, will all be put at serious risk if we see any further significant budget reductions from the Scottish Government.”
Article published:
Wed, 07/12/2016
Posted by Andrew at Wednesday, December 07, 2016