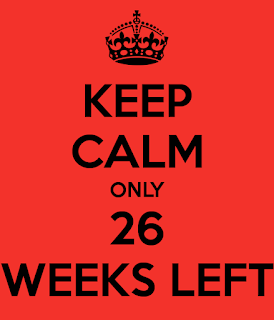 Our Edinburgh;
a European City to be proud of ...

I know it’s hard to believe – but yes, there are only 26-weeks left until the next Local Government Elections take place on Thursday 4th May 2017. On that day next year, the residents of Edinburgh will elect City Councillors for the next five-year period; who will thus serve all the way through to May 2022.

A lot will potentially happen in those upcoming five-years, and it’s perhaps worth pausing to reflect on where Edinburgh is at the moment, as we come towards the end of this calendar year, 2016.

And there is just no doubt that a city like Edinburgh prides itself on being a fantastic place to live in, to work within, and also to visit. And here in 2016, Edinburgh really is one of the UK’s most vibrant and fastest growing cities. In fact our population is projected to grow by 24% by the year 2037, the highest growth of any city in Scotland.

And Edinburgh really does have a lot to be proud of:


But this economic and cultural success, however, does not come without challenges. There are pockets of severe deprivation and inequality in this city and as the population increases, so does pressure placed on infrastructure, health and housing services, the environment and resources.

As a city, we do need to look ahead to the future and be prepared to adapt, if we are to ensure Edinburgh remains the great European City that it is today.

And it’s all too easy to take recent achievements in the Capital for granted – such as:


And recently, the city has outlined plans to help with the facilitation of a longer-term vision for Edinburgh. Between now and this Christmas, the process to develop a ‘2050 Edinburgh City Vision’ will give every resident in the Capital an opportunity to think about the long-term future of our Capital.

Crucially, the move will be focused on citywide collaboration rather than a specific Council vision, asking people and organisations from across the Capital to build a meaningful, tailored statement of the kind of city Edinburgh could and should be in the decades to come.

Because the truth is, in 30 years’ time very few of the Politicians or Senior Officers currently at the Council will be here. Those within current leading businesses, charities and the emergency services will also potentially have moved on.

The workers and residents of 2050 will be Edinburgh’s millennials. Those aged 16 today will be 50, so it is crucial young people have a real say in this City Vision. It’s therefore particularly good to see that pupils from Portobello High School have already engaged with the process; and to hear that their own vision for Edinburgh is for a city where the gap between rich and poor is greatly reduced.

And it’s crucial that this is an overall vision that is specific to the City of Edinburgh, which brings together everyone with an interest in the city, and unlocks the creative potential of collaboration across all generations and sectors.

As already mentioned, Edinburgh is frequently ranked as having the best ‘quality of life’ of any city, in the whole of the UK; and the compact, sustainable nature of the Capital certainly plays a strong part in those results.

Indeed, Edinburgh’s Sustainable Energy Action Plan (SEAP) does aim to deliver a 42% reduction in emissions from energy use and generation. This is the most ambitious target of any UK city that has subscribed to the Covenant of Mayors programme. The challenge for the city is to deliver on this stretching target. We are working with a number of key partners including; some of the largest employers in the city, Edinburgh’s Universities and encouraging all residents and workers to play their part in reducing emissions.

The Council is seeking to make our city more liveable and has invested to encourage this. There is a commitment to spend 9% of our transport budget on cycling projects, and are also investing in walking infrastructure, to continually improve conditions for pedestrians and cyclists. In addition, through our Scottish government-funded ‘Smarter Choices, Smarter Places’ programme, we are encouraging people to make more informed travel decisions through a range of initiatives. These include engaging with large employers across the city to encourage more walking and cycling to work; offering free guided walks and cycle rides to the public; and offering more information to help with planning journeys via sustainable and active modes of transport, particularly on our web pages.  This has been paying off and the most recent Transport Scotland figures show that in 2015, we had almost a third of people walking or cycling to work in Edinburgh.
But there is no doubt that cities like Edinburgh do face a huge challenge of balancing success against inequality; and growth against heritage. In Copenhagen, which shares similar challenges, the city has a vision of being a ‘green, smart, and carbon neutral city’. In New York, the city plan sets out a vision for ‘a strong and just city’, underpinned by a need to respond to the damage caused in the city by Hurricane Sandy; while in Vancouver, where city visions have been an integral part of city planning since the 1940’s, the city is working towards a vision of being the ‘world’s greenest city’.

City Visions bring people from all corners of a city together to focus on major needs, force cities to look ahead and to generate new ideas. A key lesson from all other cities is that successful vision-projects cannot be seen as the preserve of a single institution. City councils are well placed to co-ordinate and facilitate the project, but broad participation and engagement is critical if the project is to be a success.

So, it is important that as many people as possible are part of this conversation. The key challenge will be reaching a cross-section of residents, businesses, partners and stakeholders across the city, to ensure the Edinburgh of the future is meaningful to all of us.

Most of us want to be able to live, shop and socialise in thriving local communities, with effective and well-thought out transport infrastructure, good public and active travel opportunities and efficient recycling services.

For that to be a reality, for the majority of residents in 2050, we will all need to work towards significantly closing the inequality gap – if the Capital can achieve that, then our Edinburgh will remain a European City to be proud of.