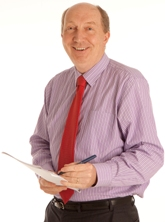 The Scottish Government’s decision to locate the new £30m National Performance Centre for Sport in Edinburgh is great news for the city.


As my Coalition colleague, Cllr Richard Lewis, described in a column earlier this week, the successful bid by Heriot-Watt University (in partnership with the Council) will allow the creation of a truly world class sporting facility at Riccarton.


While the main focus of the centre will be on developing Scotland’s next generation of top athletes, there will be ample opportunity for the local sporting community to benefit from both the high-level facilities and expertise.


Congratulations to the bid team on a great result – and thanks to the thousands of individuals, businesses and other bodies whose backing was so valuable to the success of the bid.

Confirmation that the city centre will be clear of tram construction works next month will come, I’m sure, as a huge relief to residents and traders while signaling that we are another step closer to the long-awaited completion of the project.


The push to complete the works runs alongside the ongoing preparation for service, with testing between the Gogar depot and Edinburgh Park Station beginning in early October and full route testing from December.


We now expect the service will be up and running for passengers in May 2014, two months ahead of the revised July target. Remember, you can keep up to date with the project by following @edinburghtrams on Twitter.


Budget talk
Since forming the Capital Coalition last May, we have completely revised the budgetary processes to be much more open, interactive and accessible to all.


Once again, we have published a draft budget well in advance, allowing months of debate and discussion before any final decisions are made. The proposals focus on our commitment to protect frontline services and maintain investment in areas which will provide more support for our most vulnerable residents.


Please do read the information on the Council website (available from Monday) and to take the opportunity to influence how we spend your money.


Campaign success
Having previously championed the Council’s Foster Care service in this report, I am delighted to announce the recent recruitment campaign, Foster Me Foster Us, has won a UK wide award at the Association of Public Services Excellence Awards.

The engaging campaign earned the ‘Best Efficiency’ award thanks to generating a 55% increase in new carers’ registrations, while also saving the Council £800,000. It was also praised for its unique style in telling a child’s story.


Despite this success, the Council still needs more carers. The latest campaign, which began yesterday, sees Sandy, a little of boy of six, reminding people that there are plenty more children like him who need care in Edinburgh.


If you’re interested in fostering, come along to our drop-in evening on 3 October from 5–7pm at Waverley Court. Alternatively, give the team a call on 0800 174 833 or visit the foster care website.


Stay in the picture

If you wish to unsubscribe please email us.

Watch live full Council and some committee meetings on our webcast.