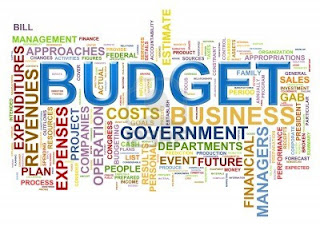 Over the last few months, I've mentioned a couple of times that we've been working hard - behind the scenes - to make good on our commitment to publish our 2014/15 Draft Budget proposals before the end of September this year.


I'm pleased to confirm that the Draft Budget report/s are now up on Committee Papers On Line (CPOL) - you can access the main Agenda here; all the individual Committee Reports via here; and the actual Budget Report here ...

... there will now be a full 3-months of dialogue on these Draft proposals, right through until Friday 20th December. I'll undoubtedly post more on budget-issues over coming weeks, but for now, the key points I'd highlight are:

On the local budget itself
·         All local authorities are facing considerable pressure on their budgets due to reduced central government funding, changing demographics such as a rising birth rate and people living longer, and the pressures of the UK economy.


·         We are also having to cope with the emerging impacts of welfare reform.


·         But we remain committed to protecting frontline services and maintaining investment in areas which provide support for our most vulnerable residents.


·         This includes more support for older people, as well as improving schools, nurseries and facilities and services for children - like foster carers.


·         Helping people into employment, particularly the young, through initiatives such as the Edinburgh Guarantee and supporting the third sector are our other key priorities.


·         We have delivered our coalition pledge to demonstrate sound financial management; having a balanced budget, across all Departments, for the outgoing 2013/14 financial year (to date).


·         Savings have been made in areas such as procurement, property rationalisation and improved partnership working to ensure that we can maintain investment in frontline services.

On the upcoming local, public engagement
·         Last year we published the Council’s draft budget in November 2012 ahead of setting it in February 2013.
·         This was a new approach to ensure we could listen to what was important to the public when it came to allocating money.
·         This year we are leading the way for other local authorities by publishing the draft budget even earlier (September 2013 for final decision in February 2014) to give us more time to listen to the views of residents, local and other interest groups in the coming months.
·         Given the financial challenges all local authorities are facing over the next few years, we want to invest in the areas that are essential to Edinburgh  and so it is important that the public continue to tell us what is important to them.
·         Several budget decisions which we made in February of this year for the 2013/14 budget – such as doubling funding in roads ,and increasing our investment in education; were influenced by feedback we received from the public.