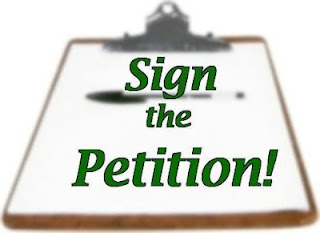 Delighted to note that Edinburgh Council's new Petitions Committee is now live and you can start submitting relevant petitions from today - all the details can be found within the 4-pages of information here.

And I'll re-produce the relevant News Release below:

Members of the public are being given a voice to influence Council decisions in the city with the date being set (Monday, 3 December) for the first meeting of the new Petitions Committee.

Taking part in or creating a petition is one way that individuals, community groups and organisations can get involved in what the Council does. It allows people to raise issues of public concern and gives Councillors the opportunity to consider the need for change.

The Committee is part of a package of measures and a new committee structure aimed at creating a more accessible and transparent organisation by opening up decision-making and improving scrutiny of the Council's work. The meeting will also be webcast live as part of a  year long pilot programme aimed at opening up democracy in the city.


Members of the public and local businesses can make use of the Council's e-petition facility. Paper petition forms can also be downloaded from the Council's webpages and are available from libraries and other Council buildings.
Convener of the Petitions Committee, Cllr Maggie Chapman, said: "The Petitions Committee will give a voice to members of the public who wish to raise issues the Council is not already addressing.  I urge people to use this new opportunity to participate in local politics and to help improve the lives of people living, working and visiting our city.  I am pleased that, in addition to the meetings in the City Chambers, we will also be taking the committee 'on tour' to reach a wider audience, and we will also ensure our young people are included by having youth focussed events."


There is a range of agreed criteria for a petition to satisfy prior to confirmation of validity and consideration by the Committee. Matters that will not be considered include those currently being considered by a committee, included in a work programme or those that relate to a council or committee decision that has been made in the previous six months.
Further information
Posted by Andrew at Monday, October 08, 2012