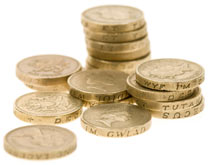 Endless coverage of the Autumn Statement today - one, lesser reported aspect was the (what I think will be?) significant impact on the Liberal-Democrats in the 2015 UK General Election ...

... the BBC picked up on it a bit, but in essence, the Lib-Dems are now essentially bound to the current coalition fiscal arrangements across both sides of the next General Election.

Of course, a weeks a long time in politics, but at the moment they seem ever more enthralled to current Conservative economic plans - not for just this year, or next, but for the next 5-years ... up to and beyond not just the next UK General Election but also beyond the Scottish Referendum and the next Scottish General Election in 2016.

It really could be the 1930's all over again - politically as well as economically - for them?
Posted by Andrew at Tuesday, November 29, 2011