Back in Edinburgh and candidates confirmed 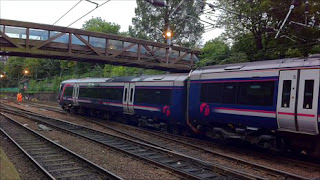 Managed (just!) to get back to Edinburgh this morning ... sleeper was unable to get directly to Waverley, so had to get off at Motherwell and then catch a regular train through to Haymarket ...

... seems to be the most extraordinary amount of disruption to all east coast services, due to the derailment near Waverley yesterday evening?

Does strike me as surprising that the derailed train still hasn't been moved - but I'm sure there's a perfectly logical reason why not??