August by-election it is! 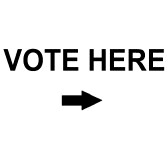 Appears that the rumours were indeed true and David Beckett is off to the States ... he has secured a place at Havard ... at a personal level, many congratulations to him and I do wish him all the best in his move.

Politically, this will be a very interesting contest :-)

With a much lower turnout in August (apparently, that's the time-frame?) then this will be a pretty open contest.

I sense an exceptionally busy, couple of months of campaigning coming up :-))
Posted by Andrew at Thursday, June 09, 2011