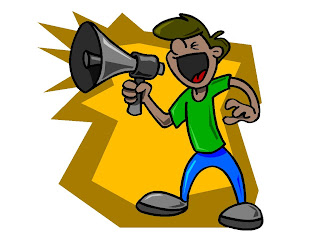 Well, I might have thought the meeting last night was a bit of a shambles, but Full Council today was even worse :-((

Difficult to know where to start, but the potential closure of Blindcraft did feature strongly and led to a fairly passionate debate and political division - a Labour/Green Amendment to try and widen out the scrutiny of the available options was heavily defeated by the SNP/Lib local coalition along with Tory support.

Tragically, I now think that closure is looking highly likely - which would be a sad day indeed for the 200-year old facility and all who work within it :-(

But as well as Blindcraft, the budget report sparked a pretty heated debate - was all a bit surreal really when every Amendment that was tabled was basically agreeing to well over 90% of the proposals before the Council?

A fair bit of personal vitriol (and truly grown-up shouting) was directed at me - apparently I made some outrageously political comments at last night's meeting which exposes me as the devil-incarnate and has so upset the hard-skinned coalition politicians in charge of the Council that they can no longer trust a word I say ...

... yes, it was all petty, puerile and pathetic.

A great advert for local democracy - not.