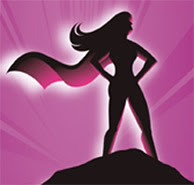 National Poetry Day today - some details here - with this year's theme being "Heroes and Heroines".

I'm not really one for heroes ... everyone who makes it through the day is a bit of a hero as far as I'm concerned ... but in the spirit of National Poetry Day I'll raise a shout for Charles Darwin.

I've mentioned my admiration for his work before, and earlier this week I managed to see "Creation" the film about his life, which I would highly recommend. And so here is an extract of a poem by Darwin's own great-great-granddaughter, Ruth Padel, entitled:

'There is grandeur, if you look
at every organic being
as the lineal successor of some other form,
now buried under thousands of feet of rock.
Or else as a co-descendant, with that buried form,
from some other inhabitant of this world
more ancient still, now lost.

Out of famine, death and struggle for existence,
comes the most exalted end
we're capable of conceiving: creation
of the higher animals!
Our first impulse is to disbelieve -
how could any secondary law
produce organic beings, infinitely numerous,

characterized by most exquisite
workmanship and adaptation?
Easier to say, a Creator designed each.
But there is a simple grandeur in this view -
that life, with its power to grow, to reach, feel,
reproduce, diverge, was breathed
into matter in a few forms first

and maybe only one. To say that while this planet
has gone cycling on
according to fixed laws of gravity,
from so simple an origin, through selection
of infinitesimal varieties, endless forms
most beautiful and wonderful
have been, and are being, evolved.'