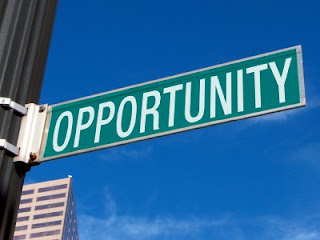 Late paper, out just today, for next week's Policy and Strategy Committee meeting - you can see it here ...

... I've been chastised previously for daring to mention the sheer scale of what has, for several months now, been actively considered - all under the guise of 'Alternative Business Models'.

Wasn't I just indulging in a bit of political scaremongering?

Well - as implementation of all of this gets perilously close (the 2010/11 local Budget will be set in less than 20-weeks time!) do have a look at the diagram contained within Appendix 4 of this report ...

... I'm not sure why the Full Time Equivalents (FTE) for staff involved in 'Corporate and Transactional Services' isn't shown in that diagram, but it must be several hundreds - so if you add up the five areas that are now being considered for privatisation (sorry - as 'opportunity areas' ... seriously, read the report!) then we're talking about some 3,000 Council Staff.

That is a pretty significant percentage of this Local Authorities total workforce. Such a whole-scale outsourcing could have a huge negative impact on the levels of service the citizens of Edinburgh currently receive ... the five 'opportunity areas' do indeed include many front-line services.

And as I said just last week - I remain very worried that there's simply not enough political maturity in Edinburgh's City Chambers to avoid what looks increasingly to me like a bureaucratic 'budgetary top-slicing' and widespread 'outsourcing programme' to be continuously inflicted on the capital.