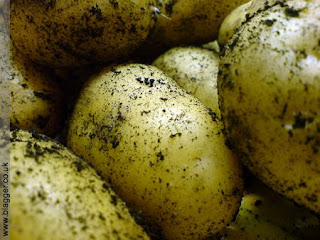 Spent a fair bit of time down at the allotment this morning/early afternoon ...

... weather held out pretty well and managed to get quite a bit of tidying up completed.

And whilst all of the potatoes are now up (and mainly eaten!) we're now getting the ground ready for some 'late crop potatoes' - haven't tried them before, but they'll apparently grow right up until late November/early December?

Should go well with the brussels, already planted and still going strong, and that we know from last year keep producing pretty late into the year :-)
Posted by Andrew at Sunday, September 06, 2009