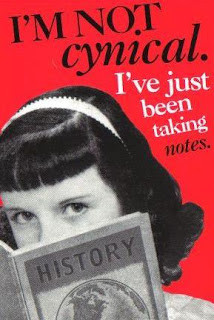 I'd like to say it was due to the rapier-like chairing skills of the Lord Provost - but it wasn't :-(

Basically, the Lib/Nat Administration weren't immediately threatening any schools with closure; no school budgets were before us with a recommended cut; and no community groups were being threatened with oblivion --- and, amazingly, this led to a complete lack of outside deputations?

Most cynical moment of the day though came as various Lib/Nat Administration Members repeated like demented parrots that the City of Edinburgh Council is Scotland's 'most improved urban local authority', whilst continuing to decry everything and anything that Edinburgh Labour ever did.

It's actually true that the Council is the most improved in Scotland - but what they all mysteriously forgot to mention was that the Accounts Commission report, which found that the City of Edinburgh Council is Scotland's 'most improved urban local authority', was based on the three financial years of 2005/06, 2006/07 and 2007/08.

Edinburgh Labour set the political direction and budget for all three of those years, as I blogged about at the time the report came out back in December 2008.

Is it really any wonder that so many people find it almost impossible to believe a word a politician says :-((
Posted by Andrew at Thursday, September 17, 2009

" - but what they all mysteriously forgot to mention was that the Accounts Commission report, which found that the City of Edinburgh Council is Scotland's 'most improved urban local authority', was based on the three financial years of 2005/06, 2006/07 and 2007/08."
......

Oh dear that was very naughty of them, tisk tisk. I have a question though, take away the accounts year of 2007/2008, how does the council's improvement look?

Even better, of course - things start sliding downhill badly from the middle of May 2007 ;-)

lol, well im not surprised by your answer :-)