Attended the Scottish Labour Leadership Hustings in the Grassmarket earlier this evening ... pretty big crowd in attendance and I thoroughly enjoyed the event.

Personally, I thought all three main contenders spoke very well in their opening 4-minute speeches ... Andy Kerr and Cathy Jamieson were confident and clear in their message, as was Iain Gray whose contribution definitely had the most heartfelt passion behind it.
All three also dealt pretty well with a fairly wide range of questions - although, it has to be said, that during the Q&A's I felt they were all overly conscious of the presence of the press-pack at the back of the room :-(
That aside, on the evidence of tonight, I don't doubt for a second that any one of the three of them could successfully lead the Scottish Parliamentary Party - a very heartening conclusion to the evening. 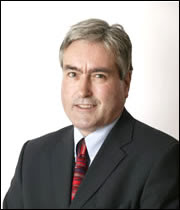 For Leader, Iain will be getting my first preference - he's got the breadth of experience from both within, and outwith, politics to bring real 'added-value' to the job; he's passionate, sincere and has the skills to work across the myriad levels of today's Scottish Politics.

And, crucially for me, he's not overtly tribalist or unnecessarily partisan.

Talking of which, next up were the Deputy Leadership candidates who were somewhat ... what can I say? ... more 'entertaining' ;-) 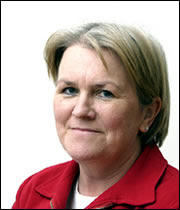 ... but, for me, there is no doubt that Johann Lamont came across the much stronger and I'll be casting my 'Deputy Leader vote' for her.
Whatever the outcome on September 13th, this whole leadership selection process will definitely have strengthened the Party for the challenges ahead in the run-up to May 2011 ... no bad thing in itself!
Posted by Andrew at Wednesday, August 20, 2008