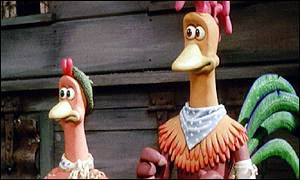 The whole saga over the Children and Families Organisational Review gets murkier and murkier ...

I mentioned last week that I thought there was less than total transparency being shown by those in charge of the process - Convener saying one thing/Trade Unions another?
I'm of the firm opinion now that taking the Review to the Full Council meeting of the 21st February, when all attention will rightly be on setting the 2008/09 Budget, is a monumental mistake for the Department.

It's almost certain that almost WHATEVER is in that report will be approved, given the mathematics and dynamics of the day.

And yet, political scrutiny of the whole Review process has amounted to absolutely ZERO.

I'll (sadly) predict that chickens will come home to roost over this in the not too distant future.
Posted by Andrew at Tuesday, January 22, 2008

I notice you are missing a couple of links in your post. Re the point about the "consultation paper on the CLD review" I think this would be helpful.

Also, may I suggest a link for "also transpires".

Credit where credit is due please. We don't want to see you accused of the same tactics of the Evening News by stealing stories from a certain site that sucks and giving no credit.