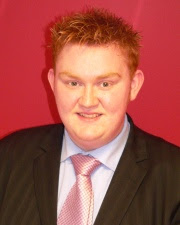 I appear to actually "know someone" on the current Big Brother show ... bizarre, but true!

I have to say, it's NOT a programme I watch and would struggle to rate it in a full, round-number, in marks out of 10. Then again, apparently lots of people watch it ... so it must have something??

And, tragically, I won't be able to watch John Loughton's progress this time around, as the programme only appears to be running on E4 and not Channel4 ... for those that don't know, despite being 'reasonably' computer literate; when it comes to TV, I don't even have digital never mind satellite/cable :-((

John is the current Chair of the Scottish Youth Parliament (SYP) and is an all-round excellent chap ... in spite of his politics :-))

He's written an open-letter explaining his decision to go on Big Brother - you can read it on the SYP web-site here.

I do hope he's correct and that the experience is positive for both him and the SYP ... I have to say, I have my doubts and am not at all convinced that mixing reality TV and politics can be to the good?