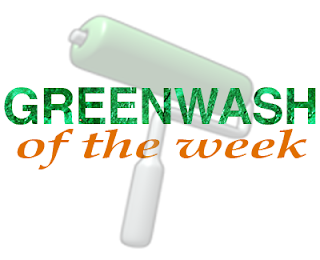 The 'supposed' green credentials of the local Libs and Nats took another nose-dive this evening.

In fact, as far as I'm concerned, any credibility they had left (and that wasn't much!) on green issues has now been shot to pieces.

I hear on the grapevine that they are about to announce that the second round of school-building programme, which was approved in March with all-Party support, is to have the 'biomass heating systems' removed from the contract. 7 of the 8 schools involved were to have had this innovative, and totally carbon-neutral, heating system. The eighth, Tynecastle High School, is to be heated by a nearby distillery!

Taking biomass heating out of the other 7 schools is total madness. Edinburgh is signed up (again with all-Party support) to be a 'zero-carbon City' by 2050, and here is what our current Convener of Education said just a few days ago (when speaking about Tynecastle):

"The City of Edinburgh Council have a commitment to sustainability" ... really??

Biomass is already used in the new Council Care Homes, and Queen Margaret University had it installed in their new campus - to great acclaim. The Schools in Edinburgh were to have sourced their wood-based biomass material from the Lothians (Dalkeith to be precise), so pretty damned local!

Now prepare yourself for some hypocrisy on a grand scale ...


Here's what the Libs local manifesto said earlier this year:

"Liberal Democrats want to create a greener, cleaner city, where good environmental practice is at the core of all policy and practice, and where resources are protected for future generations."

How does scrapping a carbon-neutral heating system for 5 High Schools and 2 Primary Schools square with that statement??


... and for good measure, here's what the Nats local manifesto said:

"An SNP administration is committed to making Edinburgh an environmentally sustainable city. We will be an administration that would lead by example by making council offices and services as energy efficient as possible. Our city's environment must be protected for future generations."


Quite obviously all of this was complete, and total, 'greenwash' and wasn't worth the paper it was printed on :-((

Each and every Lib-Dem and Nationalist Councillor in Edinburgh should truly be ashamed if this decision goes ahead. Weren't they being serious when they said that our environment had to be "protected for future generations"?

I would love to say that this is a surprise, however I think it is only to be expected - the SNP's approach has been to promise the earth and deliver a pebble. And what's more, I fully expect the SNP group on Ed City Council to find someway to blame everyone else for this breaking of their word.

jamiec you love the taste of sour grapes dont you.

What you fail to grasp is that the Scottish people dont like Labour, they much prefer anyone else actually. The SNP seem to be doing a much better job of things than Labour ever could, they are better looking too. Moreover, they have credibility and honesty on their side, unlike Labour. Merry Christmas anyway.

Come on - no bickering here please :-)

P.S. I'll need some serious convincing on the "better looking too" part of your argument :-))