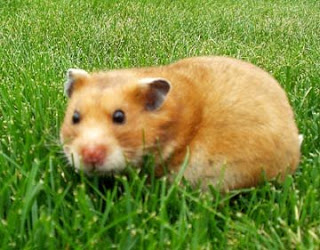 After the seriousness of the last few weeks; a bit of light-hearted chaos broke out in the flat tonight as the damned hamster escaped from its cage - don't ask how?

Eventually (after much searching) found it behind one of the beds, in the initial stages of digesting the outer mattress and entering said-mattress, probably never to be seen again ;-(

Now safely returned to its cage, I swear it has a look of smug satisfaction on its face, having managed to escape its usual confines ... no Nationalist political analogies intended ;-))
Posted by Andrew at Monday, May 07, 2007

Knew of The Daily Mash (very, very funny) ... but not the 'Hamster for President' site. I will begin negotiations with my own newly re-captured rodent to see if she wants to run?