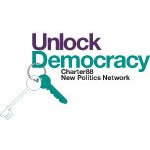 Didn't really get much of a rest today, after the frantic weekend ... still the usual swirl of 'truly gripping' meetings to attend :-(

... anyhow, putting truly gripping meetings to one side - I forgot to mention that I did go to at least one good meeting last Tuesday evening! Unlock Democracy (Charter88/NPN), of which I've been an active member for longer than I care to remember, had its Scotland AGM and there was a refreshingly non-Party political discussion about the ongoing trajectory of constitutional reform at the wider UK-level ... and not just a fixation with all-things Scottish.

There was a particularly interesting thread of discussion around the devolution (or lack of it!) of power to Local Councils ... and by coincidence the Local Government Association in England was trumpeting a report on this very issue a couple of days later - see the BBC coverage here.

In essence, a pretty senior cross-Party group down South is calling for a genuine devolution of power from Whitehall to local government. 'The Chamberlain Group' says councils should have greater financial freedom and have their constitutional role monitored and protected by Parliament. This would reinvigorate democracy and boost political engagement, it says.

Of course, this all applies to England and Wales and I have to say that I'm unaware of any such serious thought being given to 'further devolution' to the local authority level in Scotland?

Obviously, the report has come out just days before the Queen's Speech and the publication of a Constitutional Reform Bill. It sets out 10 principles including letting councils make more decisions about finance and local tax revenue. It suggests central government should accept the need for less ring-fencing of grants (to be fair, the rumour-mill indicates this may be about to happen in Scotland?) so councils can spend according to local people's priorities.

The report is the result of two years' work by the Chamberlain Group, named after the pioneering Victorian Mayor Joseph Chamberlain.

Former Labour local government minister Nick Raynsford said: "To counter public cynicism about political institutions and low levels of turnout in elections, we have to find new ways to engage citizens in the political process. More devolution of power and the active involvement of local communities in decision-making are essential if we are to rebuild confidence in our democracy locally and nationally." Former Conservative local government minister David Curry said government closest to the people was always left out in debates about constitutional change.

I think there's a possible hint in all of this on just how devolution (from the UK-perspective) may be about to develop ... I do wonder if Scotland's unionist parties (I've bemoaned the new Scottish Government's approach to this already) are paying enough attention to the detail of this debate?
Posted by Andrew at Monday, November 05, 2007