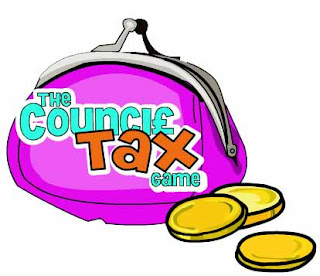 Attended a presentation earlier today from CoSLA officers and senior-politicians ... had to leave a bit early, but there was some very interesting questioning (and answers!) about the upcoming financial settlement for Scottish Local Government ... in particular around the issue of a Council Tax freeze - which I do feel should more correctly be labelled "the complete removal of local government fiscal autonomy" :-(

I've been banging on recently about the importance of the National/Local relationship - here and here - because I am worried its about to go through a very challenging period. Nothing I heard today reassured me.
I was first elected in 1999 and, as a very keen supporter of devolution and the formation of the Scottish Parliament, was always dismayed to hear colleagues (of all political persuasions) constantly whine about the potential removal of powers from Local Government as they were certain to be sucked-up to the Holyrood-level.
Well, it never really happened did it ... doesn't get a lot of commentary (not sexy enough) but very few significant (if any significant?) powers have been lost from Local Government to Holyrood since 1999.
I've got a serious (and entirely apolitical) fear we're about to see that change.
Posted by Andrew at Monday, October 08, 2007