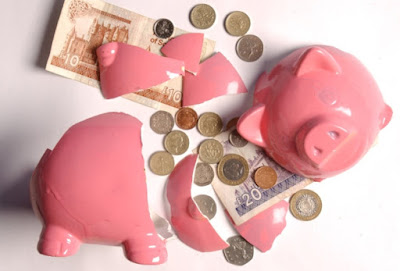 In my last blog-post, from earlier this morning (click here to view), I re-produced the local Labour/SNP Coalition Budget Motion ...and as previously mentioned, our local Budget will now be formally decided at the Special Full Council Meeting, at 10am on Thursday 21st January - all the relevant Reports & Papers are available via here.

I do though want to emphasise again just how serious this situation is - I have blogged before about why I've long-believed Local Government funding is broken; but I'm sadly more convinced than ever, after this year's financial settlement.

As many regular readers will be aware - I've been a Local Councillor since the very first days of devolution, being elected to the City of Edinburgh Council in May 1999 at the same time as the Scottish Parliament was established.

And, there is just no doubt that this year's local budget settlement has been the most challenging I've had to face in those near two-decades of public service.

And I think it important to stress that I post all of this, as my close colleagues well know, as someone who has only ever had an interest in Local Politics; never having had (nor never will have) any aspiration or desire to be a Holyrood or Westminster politician ... those establishments are Parliaments and they legislate - Councils deliver local services; and that's where my interest has always been, and will always remain.

So, it frankly pains me that this year's budget settlement from the Scottish Government is going to damage those local services.

And I am now more certain than ever that the system of Local Government funding in Scotland is broken.

No longer is this a minority view - the recently published 'Commission on Local Tax Reform'; jointly Chaired by a serving Scottish Government Minister, and the serving President of COSLA, concluded thus:

The present Council Tax system must end, with any replacement designed to be fairer, more progressive and locally empowering.

But this is not only about Council Tax - as the Local Tax Commission concluded - change also needs to be 'locally empowering' ...

... they recommended not just change to the main aspect of revenue raising - but also that all Local Authorities should have access to a menu (or basket) of local tax varying options - paragraph 13.15 says:

"We have identified that taxes on property, land and income are the three potential
tax mechanisms that have the revenue raising capacity to match the present system.
Broadening the local tax base could include environmental, resource, sales or tourist
taxes, as appropriate to local circumstances and local authority decisions. We see
no reason in principle why such options should not be identified, developed, and, if
found to be workable, made available to Local Government. These options would not
be anticipated as forming the main basis for local taxation, but could, in addition to the
aforementioned options, make a contribution to local revenues."

Well - this could have been enacted by the Scottish Parliament at any time since May 1999 - Local Government finance is totally devolved - but all 4 devolution-Governments have failed to act.

It simply cannot be sustainable that Scottish Local Authorities have control over only 18% of their revenue-raising, whilst most other similar levels of local government in western Europe or northern America have control of circa 40%.

... isn't that, put simply, what they want Westminster to do?

The status quo is just no longer acceptable - an 18th year of stasis on this issue will start damaging local services irreversibly.

The system of Local Government funding in Scotland is broken - it needs to be reformed; and that reform now needs to happen urgently.

Don't fully agree or disagree with your varied points but all this new support from Labour for more power to local government at the same time as they head for even less seats in Holyrood. Is there a connection?

... straight answer to your question is no.

I've been a long-standing supporter of fiscal-devolution to Local Authorities; and frankly it's irrelevant (as far as this argument goes, for me) who is occupying the seats at Holyrood ---

--- and sadly, four consecutive Holyrood Governments (of varying political shades) have all failed to act on this.

Thanks for checking out the blog.

I agree that we, as a country, need to look again at local government. Not just finance, but what we want local authorities to do. As a point of interest, in the Netherlands local government is responsible for raising on its own a similar percentage of its income as in Scotland. A further point, most local government spending is on what I would call national services - education. social services for example. This is the same across most of Europe. I feel that it is better and more efficient if these services are funded fully out of general taxation, and not dependent on local circumstances.

Absolutely fair point Alister ... I do think the balance of responsibilities is out-of-kilter in Scotland (and throughout the UK) at the moment :-(

Thanks for checking out the blog.