Heading in the wrong direction? 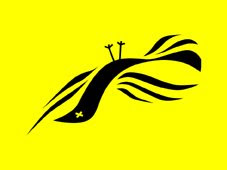 Since the General Election, I've been trying to slowly break my addiction to endlessly studying polling-data ...

... I was doing quite well until Saturday, when this post from Political Betting caught my eye!

I'm now back to my bad old habits of checking the figures every day - and they haven't got much better for the Libs since Saturday :-(

I really don't think they get it - this isn't comparable to going in with Labour during the two-terms of 1999-2007 of the previous Scottish Executive ... this is the Government of the United Kingdom that has now budgeted to completely remove the structural deficit by 2015!

It's simply not credible to claim there's no alternative.

Equally - I just don't think its credible to claim that active Lib-Dem backing for this unnecessarily brutal programme isn't going to have a catastrophic effect on their vote at forthcoming polls ...

... it will - and I think they'll be in really deep trouble come next May's Scottish election; which will happen just as this October's Comprehensive Spending Review is starting to bite :-((
Posted by Andrew at Tuesday, June 29, 2010