That third law of classical mechanics 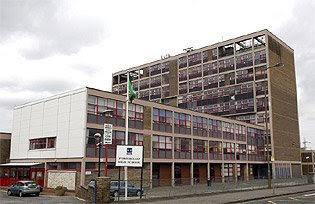 I posted some time ago about Newton's third law of classical mechanics ... 'if a force acts on a body, then an equal and opposite force must act upon another body' ...

... well, unfortunately, Portobello High School (and others) have just joined the 'Ayr Cancer Centre' as a victim of this political (not just physical) axiom.

I've posted extensively on the Portobello High School situation - best way to see all the posts containing 'Portobello' is to go here. It's a long story, but in essence:

Well, today we learn they won't be investing anything further in Edinburgh's school estate in the short term ... why - well they haven't worked out how to run or operate a 'Scottish Futures Trust'; in fact, I don't think they even know if such a Trust is possible for this type of capital project?

I genuinely hope I'm wrong and they deliver such a Trust in due course ... I won't though be holding my breath.

Frankly, the SNP have had eight-years in Opposition to work on this ... they clearly have done no serious work on it at all, and have now boxed themselves into a corner ... they won't use PFI/PPP, and the end result is Portobello High School (and many, many others across Scotland) will have to wait for traditional financial methods to fund refurbishments.

We all know what that means.

It is a scandal ... and only goes to prove (tragically) that Newton's third law of classical mechanics does indeed apply to politics and not just physics.

Wow! Information that is usable from a politician - and dare I say it, open and transparent honesty. Something of a first methinks.

Thank you very much for laying the timeline out for us, it has certainly taught me a lesson. Before I ever go to buy a property in the future, I will always make sure I have the mortgage/financing arranged in advance. Strange how it never occurred to me before.

I really do hope that the SNP get their fingers out with this new hi-tek Scottish Futures Trust thingy sorted out toot sweet - and it bloody be better than the previous PFI/PPP rip-off. If not then I can see them going down the Laburr road and being detested by the electorate. Not good for the country at all.

Is it true that it was a parent who found out the whole story and then informed Malky MacLaren?

The good news is that if the PM calls an election at least Laburr MPs and their wee fighters will have something to put on the leaflets we will be bombarded with.

The one thing in the post that I wasn't exactly on side with was:

Frankly, the SNP have had eight-years in Opposition to work on this ... they clearly have done no serious work on it at all, and have now boxed themselves into a corner ...

I thought that was unfair. Unfortunately, as you correctly point out, they were in in opposition and I am sure you are beginning to realise - it's not all it's cracked up to be and things are a bit different from being in power. So far they have managed to find out that the previous Labour council were told by the previous Labour/LibDem Executive that they, in your own words, would "potentially consider any such proposal in detail. I think we are in exactly that position with the new SNP government, wouldn't you?

... I wouldn't detect a slight air of sarcasm in your first few paragraphs would I??

Anyhow, I wish the SNP Government were indeed "potentially considering" the allocation of a third-round of school building monies to Local Authorities in Scotland - that's NOT (sadly) my understanding.

They're basically saying (at the moment) that there is NO third round.

There 'might' be if they ever get a Scottish Futures Trust up and running, but there's no clear statement as to when this could happen and/or if it will at all.

Round one in Edinburgh was some £130million of capital investment and round two some £180million ... I'll gladly praise them publicly if they allocate a similar sum (eventually!) to Edinburgh in a third round.

... should have been in SNP hands since December 2006, as it's been a public document since then. So none of this should be a surprise to them and/or the Civil Servants who 'should' have been prepared for an SNP election win ...

But in Malky's letter of 28th September she said:

"The Director, the Vice Convenor and myself met with Fiona Hyslop MSP Cabinet Secretary for Education and Lifelong Learning and Maureen Watt MSP.

We discussed the funding of your new schools build and I am sorry to say that the news is not good. Although no definite answers will be possible until the 3 year Spending Review is completed, possibly as late as December, we understand from the ministers and officials present, that the final settlement will be very tight. We were told that there was no allocated fund set aside for your schools to bid into, and that this would have been true even if the previous Administration had been returned to power. "

I would say that they are potentially considering it.

Nothing in that quote to say that they have thrown it out with the bath water - maybe we should wait and see when the 3rd Year Spending Review is completed.

Makes good business sense that one would wish to have all the facts before committing. I find in private enterprise that solution makes for year on year increase in profits.

And the comment on sarcasm - moi, perish the thought!

But time does mean more money, especially the way contruction inflation is running at the moment.

Basically, all I'm saying is that this SHOULD have been sorted by now. It's not been - and I smell a rat.

I hope so too. Perhaps a small side bet should be involved.

But there is some good news - that's where the advertising would come in handy!

A request for a directorship on the Waterfront also seems to be financially rewarding according to recent reports and rumours.

you two should go on a date, you obviously fancy each other terribly

Anonymous ... you are joking??

Anonymous, you really are joking. I have some ideas on what my wife might do.