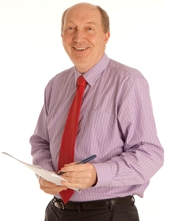 In just under eight weeks’ time, Scotland will head to the polls for the Scottish Council elections – your chance to have your say in how services are delivered where you live.

In 2012, less than half (43%) of the electorate turned out to vote and so I really would encourage you and your family to take part.

As with last year’s Scottish Parliament elections, 16 and 17-year-olds are eligible to vote on 4 May – a first for Council elections. But remember that they – and anyone else who’s eligible – MUST be registered first before they can take part. And if you’ve recently changed address, don’t forget that you’ll need to re-register to vote.

Registration ends at midnight on Monday 17 April. Visit gov.uk/register-to-vote today to make sure your vote counts.

When we launched our Cooperative Capital framework back in 2012, we aspired to develop a new relationship with service users, citizens, communities and partner agencies across the City, with more focus placed upon ‘doing things with people’, rather than ‘to them’.

Since then, we’ve reported back regularly on progress and at our annual conference held late last year, 80 delegates from across the public, third and community sectors, reflected upon the main successes and challenges of the Framework to date.

These included an increase in the number of coops and social enterprises; improvements in community engagement through Neighbourhood Partnerships, such as participatory budgeting; asset transfer projects; more transparency in council decision making; and the implementation of the living wage.

I am delighted with the progress we have made over the past five years – and sincerely hope it provides a platform for the Council to continue to ‘do good things’ with the people of Edinburgh in future.

We all know how frustrating dropped litter, fly-tipping and overflowing bins can be, that’s why we’ve been making every effort to address issues like this through our Waste and Cleansing Improvement Plan, which is already making progress.

As part of this, we’ve seen the innovative Our Edinburgh campaign make great strides to generate pride in our surroundings amongst the public, discouraging things like littering, dog fouling and the misuse of communal bins with bright posters, online videos and community engagement.

That’s why I’m very pleased to hear the campaign has been shortlisted as a finalist for both ‘Best Campaign’ and ‘Programme of the Year’ at this year’s Keep Scotland Beautiful Awards, recognising efforts to improve the cleanliness and quality of the environment for the public. Good luck to all those involved!

This academic year has seen two new state-of-the-art high schools for James Gillespie’s and Portobello High open with more in the pipeline. The new Boroughmuir will open in August and, just this week, final demolition work started on the tower block on the old Portobello High School site which will result in a new St John’s RC Primary opening in August 2018.

With an additional £6.7m to tackle rising rolls in next year’s budget, this shows our commitment to providing our young learners with the best possible educational environment to thrive in.

Our 18-month rollout of slower speeds for residential, shopping and city streets took a big step forward with the ‘go live’ of Phase 2 in North and South Central / East Edinburgh on 28 February. From Granton to Portobello to Duddingston to Morningside, 20 is now plenty on many more of our roads, with a strategic network of streets maintained at 30 or 40mph.

We carried out extensive public consultation and research in planning this rollout, which found that most people in the Capital want speeds brought down around homes, shops and in the city centre. Slower speeds don’t just make our streets safer for everyone, they also make them a nicer place to be.

Find out which streets have changed, and when 20mph is coming to your area, on our dedicated 20mph for Edinburgh pages.

Work is already under way on the £1 billion Edinburgh St James development, a hugely important project for the Capital which will create thousands of jobs and deliver millions of pounds to the local economy.

Later this month, the Transport and Environment Committee will consider a report outlining plans by the developer to carry out major essential works on Leith Street.

Provisionally scheduled to begin after this summer’s festivals, the work would include closing Leith Street between its junction at Waterloo Place down to Calton Road to cars, buses and vans for 44 weeks. Access for pedestrians, cyclists and emergency services will be maintained throughout the works.

We have been working extremely closely with the developer to identify the best way of carrying out these works safely and in a way that keeps the closure period to a minimum. We will continue to monitor the impact of the work and ensure the developer keeps the public properly informed at all times.

Supreme Court to sit in Edinburgh

Following an approach to the Council, it has been agreed that the UK Supreme Court will sit in the Edinburgh City Chambers in June. This is the first time that the UK’s highest court has sat outside London.

Provision will be made for extensive public seating for those interested in observing proceedings at first hand while court staff will also use the opportunity to offer public talks about its work when the Justices are not sitting. Further information will be available from their website in due course.

Stay in the picture

If you wish to unsubscribe please email us. Watch live full Council and some committee meetings on our webcast. Join the debate on Twitter #edinwebcast