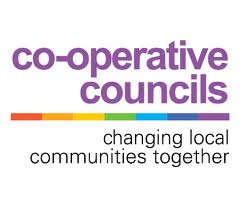 Co-operative Capital event in the City Chambers on Friday; entitled the 'The Big Look Back - The Big Look Forward' - I'll re-produce my speaking note (which is just bullet-points in places!) below, for those interested:

Thanks very much for that introduction Nick ...

... it’s really great to see so many people here this morning; at this “Big Look Back – Big Look Forward’ event, which is bringing together individuals and organisations from all over the Capital (and beyond) to mark the achievements – and challenges – of the last 5-years of the Cooperative Capital Project.

HUGE thanks to all of you for coming along today to participate ...

... some of you will know that we’ve organised an Annual Event – similar to this – every year since the 2012 Local Government elections.

At this event today we have 30% public sector officers and 70% community sector participants - with many community council, tenants and residents groups, cooperatives and social enterprises in the room

I think that’s one great indicator of the positive change over the last 5-years.

And Nick – can I quickly say thanks to all those who have helped organise today’s event, specifically Graeme McKechnie who is recovering well, at home, from a recent operation – I know that Graeme sends his best regards to all attendees today.

AND - Before I come to Cooperation – I do feel I can’t help but reference very recent political events both here in the UK, and much more recently, in the United States ...

... there’s just no doubt that the vote for BREXIT, here in the UK back in June – and to some similar extent – the vote for President-elect Trump earlier this week – have been the result of the alienation that many people do feel about mainstream politics.

Personally, I think it would be a foolish ‘mainstream politician’ who denied there was such a link – particularly when you consider that the political-stakes may be about to become even higher as we approach both the French Presidential Election, and German Federal Election, next year.

For me – and here’s the link to Cooperation! – many of you will have heard me before try to simply respond to the question: well what is a Cooperative Council, what is Cooperation ...

... and I still feel the simplest, most direct answer is:

And I do believe that there is an element of people being completely fed up of things being done ‘to them’ in both recent referendum/election results in both the UK and the USA ... and it could continue in France and Germany next year.

And it was very clear to me - when we formed our local Labour/SNP coalition administration in Edinburgh, following the May 2012 Scottish Council Elections, that business as usual wasn’t an option; we had to change the way we did things.

As an incoming Council Leader, I knew there was no time to waste in ensuring that we had a clear, unambiguous programme for governance … and thus the best chance of keeping our local arrangements fresh, and lively, for the whole of the forthcoming electoral term.

And as a Council Leader, a ward councillor, and a member of my local community, I do understand the scale of the challenges that we are all facing locally. Many communities are disengaged from local democracy; councils can seem like distant bureaucracies; and, as organisations, we struggle to manage significant funding reductions just as local people are putting more and more demand on local services.

If councils are going to survive in this context, and if communities are going to thrive, then we all need to start doing things differently. We need to work together, in genuine and equal partnership with local people, to make the most of the strengths that lie in our communities. Most importantly, we must drive real innovation, with local people at its core, if we are to face the challenges ahead of us.

Thus - following the elections in 2012, the Council’s Capital Coalition set out a clear vision to become a Cooperative Capital, where public services work better together, and where communities have more influence over the services they use. We did pledge to be a Council that does things ‘with people’ rather than ‘to people’.

And today – looking back over the last 5-years, and forward to the next ... I’m not for one second going to claim that EVRYTHING has gone perfectly smoothly ... of course it hasn’t: mistakes have undoubtedly been made, and things have undoubtedly gone wrong.

BUT – overall – I genuinely believe there is a VERY POSITIVE story to tell about the Cooperative Journey that Edinburgh Council and our partners have gone through in the last few years.

WHERE DID THIS ALL COME FROM ... Steve Reed (Lambeth) / Jim McMahon (Oldham) --- both now MPs and in the Shadow Cabinet; which does give me serious hope for the ongoing promotion of Cooperative Working ...

In the time available there’s no way I can cover everything that’s happened – so I really would encourage everyone to have a look at last December’s Cooperative Annual Report, which went to Full Counciland is available online ...

... and there will be a final Annual Report – of this Council Term – that will likewise go to Full Council early in the New Year.

WHAT HAVE WE ACTUALLY DONE ...

Very briefly - we have been working in a wide range of ways, such as encouraging specific initiatives in:

- a concrete example of this can be seen in talks between the Council, Castle Rock Edinvar and students from the University of Edinburgh, which led to the Capital’s first student housing co-operative, which offers quality and affordable accommodation. The students initially approached the Council to talk about their ideas as they knew that we were keen to support this type of structure.

- harder to deliver upon --- some element of the Coproduction of social care grants and contracts ... but still a lot of work to be done in this area.

·         - Asset transfer examples – Bridgend Farm to mention but one example

All of these are fantastic examples of real progress and all things which were just not here 5 years ago ...

And overall, since May 2012, communities have helped to set up nearly 20 co-ops, some of which have asked for and received Council backing. This is great news for local communities because it shows that people are feeling empowered and want to have a stronger say in the services they access.

And within the Council, transparency of decision-making has also improved with the introduction of

- The Council’s current budget process has also benefitted, with proposals only finalised once three months of public engagement and consultation are carried out.

The cumulative impact of all these considered-changes has been fairly significant … and, I would argue, we have re-gained some degree of trust and a renewed sense of engagement with residents.

There is a new political narrative within the City Chambers here in Edinburgh; the political culture has most definitely changed …

… but, there is undoubtedly a long, long way to go – and continuing to deliver on both the Co-operative Content and on ‘doing politics differently’ are crucial not just for this year, but for every r year … and I know that keeping up this level of commitment will be challenging for both Elected Members and Officers.

But I do firmly believe that the co-operative principles of empowerment, equal partnership, and collective action offer a positive route not simply to survive through tough times, but to enable local communities to thrive, supported by relevant and meaningful local public services.

Indeed, I would be so bold as to say that Edinburgh is now seen as a leading centre for cooperative working ...

... and we currently Chair the Cooperative Council Innovation Network (CCIN) – a collaboration between local authorities across the UK who are committed to finding better ways of working for, and with, local people for the benefit of their local community.

My role as Chair coming to an end this month ...

AND MOST IMPORTANTLY working with local communities and partners – and not doing things to them.

Many thanks for listening – and I’ll hand you back to Nick, who is going to introduce our next speaker Ed Mayo ...