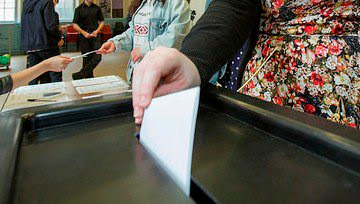 With just four weeks to go until the EU Referendum, citizens are being urged to ensure they know the facts about the vote.
On Thursday, 23 June, UK electors will be asked whether the United Kingdom should remain a member of the European Union or leave.
In order to vote in the referendum, individuals must be registered to vote, be over the age of 18 on 23 June 2016 and be a British or Irish citizen living in the UK.
Commonwealth citizens living in the UK who have leave to remain in the UK are also eligible to take part, as are British citizens living overseas if they were registered to vote in the UK in the last 15 years.
The deadline for registering to vote in the EU Referendum is Tuesday, 7 June.
Andrew Kerr, Chief Executive of the City of Edinburgh Council and Counting Officer for Edinburgh, said: “Just weeks after electing a new Scottish Parliament we face another important decision as a nation, and I hope as many people as possible join the democratic process to make their voices heard.
“It is particularly important that the public fully understand the question being asked of them in the EU Referendum, and know how and where to vote, to avoid missing out.”
Those already registered to vote should have received a poll card in the last few days. Anyone registered to vote in the Scottish Parliament Election will still be registered to vote in the EU Referendum, if eligible, unless they have changed their name or address since that election.
People who have moved house or changed their name since the last time they registered should update their details online(external link) or by post.
Find out more about how, when and where to vote online.