Edinburgh counts down to the Scottish Parliament Election 2016 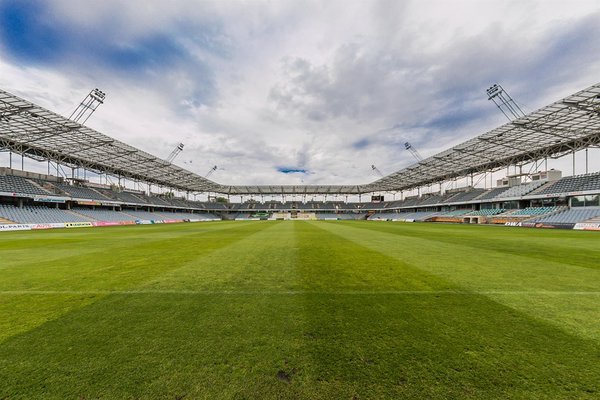 The area of the count venue - Highland Hall at the Royal Highland Centre ...
... is bigger than the size of a professional football pitch ;-)

With just one week to go until the Scottish Parliament Election 2016, Edinburgh is gearing up to run its own part in the vote.
Preparations are already well underway across the city’s polling places and count venue, while training is in progress for staff working on the day and the first postal votes are being processed.
And though registration for the electoral roll is now closed, citizens are still being urged to think carefully about their vote, and to ensure they know when, where and how to vote on Thursday, 5 May.
Edinburgh’s Returning Officer Andrew Kerr said: “We are entering the final days of preparation for the Scottish Parliament Election and anticipation is clearly beginning to build across the city.
“Running an election in the Capital is no mean feat, and it’s thanks to a great deal of organisation and the hard work of our Election Team and thousands of election staff that things go to plan.
“As we draw nearer to the day, I hope the public are making their own plans for voting, and ensuring they know when, where and how to have their say by checking the Council website while remembering to add one cross on each paper on the day.”
Postal voters are encouraged to return their votes as soon as possible to ensure they meet the deadline.
Find out more about voting in Edinburgh online.
As we count down the seven days until the election, we're counting up some of the key facts about Edinburgh’s vote.
• 366,000: the approximate number of people registered to vote in the Scottish Parliament Election 2016 – around 70,000 of these are postal voters.  This is the first Parliamentary election where 16 and 17-year-olds have been able to vote.
• There are six constituencies in Edinburgh – Edinburgh Central, Edinburgh Eastern, Edinburgh Northern & Leith, Edinburgh Pentlands, Edinburgh Southern and Edinburgh Western. The Lothian Region also includes the three constituencies Almond Valley, Linlithgow and Midlothian North & Musselburgh.
• There are 27 individual candidates standing across Edinburgh’s constituencies.  Nine parties are contesting the seven seats available for the Lothian Region, with a total of  67 candidates involved.
• 145 buildings will be used as polling places on Thursday, 5 May, housing 356 polling stations.  Each station will have two ballot boxes – one for the lilac Constituency paper and one for the peach coloured Region paper.
• This year, the Council will employ over 1000 polling staff to assist the public to cast their vote – with one presiding officer and at least one polling assistant in each polling station. On the night of the count, there will be another 1200 count staff tallying votes.
• 8526m² – the area of the count venue - Highland Hall at the Royal Highland Centre. This is bigger than the size of a professional football pitch.
• The Edinburgh turnout for the UK General Election last year was 73.01%, with 261,165 votes cast. For the Scottish Referendum in 2014, Edinburgh saw a record 84% turnout, with almost320,000 people casting their votes.
• Amongst the equipment used across polling places during the day will be approximately 700yellow post-its, 500 black bin bags, 145 sets of pliers and 1068 fingerettes.
• This is the first Parliamentary election in which 16 and 17-year-olds have been able to vote, after the Scottish Elections (Reduction of Voting Age) Bill was passed last year.
• Edinburgh counts for around 8.7% of Scotland’s electorate – second behind Glasgow.
• Three different types of polling booths are used in Edinburgh – aluminium, wood and cardboard.
• Polls open at 7am on Thursday 5th May and close at 10pm.
Find out how, where and when to vote in the Scottish Parliament Election 2016.

Strange image to illustrate the story? No Edinburgh-related election images to hand?

I see your point Jon - have adjusted accordingly ...

... the 'football pitch' is mentioned in the News Release ;-)

Aha - makes a bit more sense now. Still might have been better to have a picture of a council football pitch but I guess you need to make do with the images you can get hold of for the blog. Maybe you could have used one of your own?

I'm flattered you think my own snaps would be suitable :-))

What No pictures of the defective schools ?

Lots of information on the schools issues if you scroll down the posts Gordon ...

... thanks for checking out the blog; Andrew.

Hope not, Andrew, as election is on 5 May isn't it?

Was just checking you were paying attention David ;-)
Now sorted!