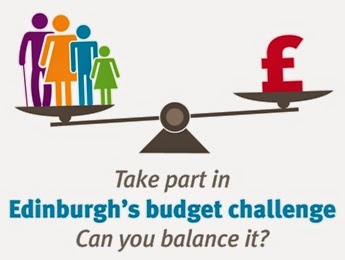 So will you keep your allotment on at £300 per annum?

Thanks for the comment - it's a draft proposal; so please do make a formal submission to the consultation process, which runs all the way through until Friday 19th December.

Actual 2015/16 Budget not then finally set/agreed until the Full Council Meeting on Thursday 12th February 2015.

I've got news for you: This time even FEDAGA are outraged by the proposal!!!


Even as a kite flying exercise this proposal is offensive in the extreme, especially as CEC has already bled allotmenteers to the point where they are generating a surplus for their council masters.

And yes, I will put my tuppence worth into the official consultation process as you suggest.

All noted - please do submit into the formal consultation process ...

... would also help if someone ensured any petitions are likewise, eventually directed, all prior to the 19th December: