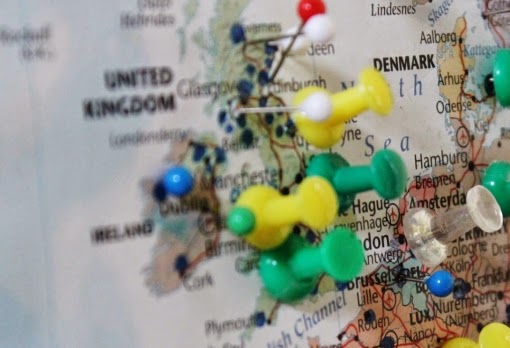 The Scottish referendum is now just a couple of days away, but it’s already clear it will have a profound effect on the UK whatever the outcome.

The status quo is no longer on offer – the choice is between the gamble of separation or an unprecedented transfer of powers to Scotland within the UK. But this plan for more powers is only the start of the change we need in exactly where power lies.

Regions right across the United Kingdom, individual communities and the households and individuals that make them up, all feel excluded from power over the decisions that affect them day to day. The game is up for top-down decision-making based in Whitehall as people make it clear they want big change. The risk facing Scotland is that Alex Salmond’s plan to replace centralised Whitehall control will just result in a new top-down centralisation based in Holyrood.

Labour is developing ideas that have the potential to deliver the change that’s really needed. Andrew Adonis’ proposals for powerful city-regions will shift decision-making over transport, housing, regeneration, infrastructure and elements of welfare and the economy closer to the communities they affect. This is a start that will go further in future, and it would benefit the Scottish cities and regions just as much as those in England, Wales and Northern Ireland.

Ed Miliband’s radical call for a people-power revolution in public services would see more power placed in the hands of those who use public services, rather than leave them subject to decision-making by the organisations that run them. In an age when people experience so much more control over their lives and their choices as consumers of goods and services, and with the age of deference long dead, it’s simply unacceptable that so many public services are offered on a take-it-or-leave-it basis by those who tell us they know best. For too long now, government, at all levels, has done things to people, when we should be doing things with people.

The state has tried to control too much from the centre for too long, whether that power is based in Whitehall or the town hall. We need to shift power as close as possible to the people it affects if we want to restore trust in the political system. Parents need more control over schools, patients need a bigger say in their treatment, tenants need more control over how their homes and estates are managed, victims need more power to help stop crime. That way we can harness the insights of individuals and communities to make public services more effective at doing the things people really want to see, and force organisations to work together in local partnerships that focus on local priorities and prevent problems from happening rather than try to manage failure.

We need to accept, too, that different places will do things differently. We should welcome that as the way to let innovation flourish. We can strengthen civil society, rebuild broken relationships within communities, and give people back the self-reliance they need to aspire to a better life by involving them in the decisions that affect them. All of this works best if the United Kingdom’s family of nations remains together, giving us the strength we need to support each other in a fast-changing world even as we devolve power down as close as possible to the people it affects.

Whatever the outcome, there can be no doubt that this referendum has changed Scotland. But it has not just changed Scotland; it will change Britain, because the thirst for democratic and economic change that has been heard from the Scottish people is shared by people throughout Britain. We need more power for every nation, region, community and individual in our country as part of a revolution that will change Britain for good.

Steve Reed is the Labour MP for Croydon North and former Leader of Lambeth Council.
Andrew Burns is a Labour Councillor and Leader of Edinburgh Council