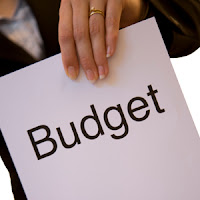 Well - we committed to publishing a full draft budget several months before the Council has to set its formal budget (on Thursday 7th February 2013) and at the end of last week we did just that ...

... all the details are here, main documentation here, and the relevant News Release is reproduced below.

Bold or foolish? - I guess the next few months will tell.

The Finance and Budget Committee has agreed to consult on the Council’s draft budget proposals for 2013/14.


Cllr Alasdair Rankin, Convener of the Finance and Budget Committee, said: "Our yearly Edinburgh People Survey told us that residents want the Council to get better at managing their money. We have listened to this and the budget process this year is being changed to make it more robust and open to challenge from individuals and interest groups. That is why for the first time the Council's draft budget is public well in advance of budget day. This allows time for discussion on how the Council can make best use of public money to deliver on our pledges, and our contract with the Capital."

Cllr Bill Cook, Vice Convener of the Finance and Budget Committee, said: "Improving quality of life for people in Edinburgh is at the core of our draft budget. Our commitment to this has already been demonstrated as we are set to introduce the living wage in January and we have committed to settling outstanding equal pay claims.

"To do this effectively we need to look ahead which is why the one year budget the Council is setting in February is part of a five year financial plan. We need comments back on this year's draft budget by the end of the year but the engagement process will carry on and there will be numerous opportunities next year for individuals and groups to express their views on how best we can deliver on our pledges in the years ahead."