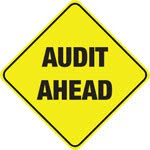 Unsurprisingly, the whole session was (rightly so) dominated by the "Care and Support Services - Lessons Learned" report (here). The debate was mainly constructive, with a whole host of Directors and senior Officers giving evidence to the Committee ... such a refreshing change from the usual Committee Meeting which has no real space, or procedure, for proper scrutiny.

Some Directors, and external witnesses, couldn't make it today; so the Audit Committee is going to reconvene (soon hopefully!) to hear from them before coming to any final conclusions.

Personally, I think it was obvious to anyone - as far back as October 2009 - who 'cared to care' about this issue that there were very, very serious problems with this process ... which all ultimately led to the collapse of the programme in February this year.

As I said at that time, the main Opposition Group on the Council has no intention of letting this issue drift into the bureaucratic short-grass, and we remain determined to make sure that those responsible for this mess have to properly account for their actions.

If the next meeting of the Audit Committee doesn't do that, then - frankly - I think elected members will have failed in their democratic duty.
Posted by Andrew at Thursday, September 23, 2010