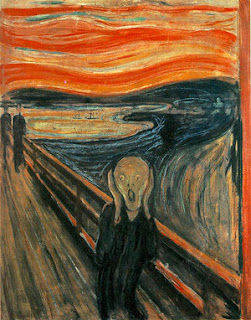 With all the heat (and no light - as usual) of PMQ's today, I think a hugely significant shift in health-policy got completely over-shadowed ... the massive investment announced for the development of the so-called 'talking therapies' (Cognitive Behavioural Therapy [CBT] to any psychotherapists out there!) ...

... now, needless to say, this does have its detractors ... but I'm personally convinced its a big-step in the right direction toward prevention rather than reaction. I thought it noteworthy that any criticism was fairly muted and that in itself is (for me) a direct reflection that most do believe this is a good policy move.
I've got no professional background in this area whatsoever, but became convinced of its worth when I listened to Professor Richard Layard give the 2003 Lionel Robbins Memorial Lectures - there were 3 and they can all be accessed here.
I think the lectures are pretty convincing in their argument, and it's refreshing to see such work feeding through into actual policy change so comparatively quickly.

I'm convinced this move will have a massive, positive impact on thousands and thousands of lives.
Posted by Andrew at Wednesday, October 10, 2007