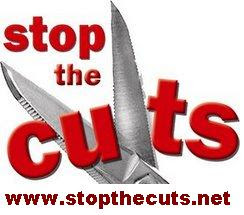 Sadly, all predictions of today's Full Council meeting were fairly accurate and some very significant service reductions (cuts!) were voted through by the new Administration.

As debated extensively on this blog, the central plank of the new Administration's Education policy has recently gone belly-up ... due entirely to the way they mishandled it ... and they have now top-sliced a whole range of services to compensate for that fact.

There just isn't space to list all the service reductions here - but PLEASE do have a look at the full report (in particular, the appendices), which can be found here.

And yes, we did get the expected defense that went along the lines of: "of course, we're only having to do this because of that terrible financial hole we inherited' ... well, as I've repeated frequently now, blaming your predecessors is easy but it won't be possible for ever and sooner or later it will become apparent that this mess has been the making of THIS Administration and nobody else.

As we've now illustrated on several occasions, there are ways of funding (what are admittedly expensive) services for those most in need - it just needs a bit of political will. I'm not saying that everything in the last 23-years was perfect, but there were never service reductions of this scale and of this type ... services for the vulnerable, the elderly and the young being the main victims.

But - very unfortunately from my political perspective - it has become apparent, for real from today, that the Council is indeed now being run by politicians who don't want to prioritise services for those most in need.

To be fair, it has to be said, that they did show a slight glimmer of actually taking on-board "a very few" of our earlier suggestions and have at least managed to defer some of the worst 'Health and Social Care' proposals (but not the Children and Families proposals) and have at last accepted that, in-extremis, it is entirely rational to use one-off capital receipts to provide some revenue protection.

Do not tell us that all this fuss is over .45% of the total revenue & capital budget + assets of the people of Edinburgh. Do not tell us that the Liberal Democrats are prepared to disrupt services and people's employment over such a small amount of money in the bigger picture. I put it to the LD that would it not be better to support the services and the people providing these services than cutting them. In the even bigger picture the lost of skilled personnel and assets is not worth it. What did it cost both in manpower and management time to compile that report ? That time cost would have been better spent in providing the services at the coalface. In budgeting you will always get short term blips (even caused by accountancy errors) and if you then cut the services and don't look long term then you can cause unrepairable damage to service through the loss of skilled staff or assets.

It is really worth working your way through such a blip and not panicing about it.

I agree - especially that there is an 'air of slight panic' about all of this ... I can understand, to some extent, the new Administration wanting to try and balance the revenue account quickly but that has led to them not taking an overall, strategic view of what's happening to the 'wider Council'.

Much as it pains me to think about it, they've most probably got 4-years in charge ... and, for the sake of Edinburgh, a little less haste would result in more sensible proposals prevailing.