Targeted schools 'not half empty' 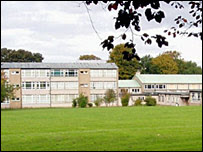 This story has got some prominence on the BBC Scotland website at the moment.

I really do think this is the tip of the ice-berg, as regards 'facts and figures' underlying the school closure proposals. I've had endless queries raised with me - mostly about the schools within or near my own ward - but I know from speaking to colleagues that the same applies right across the city.

There really should have been a more concerted effort to 'make the case' first before releasing the whole school closure list into the public domain ... that process, in itself, would have exposed any statistical flaws and led to some erroneous assumptions being removed from any calculations that led to the list.
Posted by Andrew at Wednesday, August 29, 2007

That crowd who run the city are also targeting our favourite 38 bus service again in cuts to public transport.

Have they any overall strategy for the cuts or are they using a splatter gun approach and hoping to get away with as much as possible.

Instead of robes the councillors could 'appear in the altogether' and that would set the 'apart from the hoi polloi'. And it would save a hell of a lot of money too. Nothing for the moths to eat and no dry cleaning bill either. Let see the Evening News try printing a simulated picture of Jenny Dawe in the altogether !!!!!

The educaiton cuts do indeed run counter to SNP national policy - they are clearly commited to reduce P1/P2 & P3 class sizes to 18 and increase Nursery provision by 50%. This hasn't ben factored in to what's being proposed locally!

Of course you could. It is well within the realms of possibility.

1. Read the last paragraph.
2. Think about it and what you want to comment.
3. Use you fingers and type the comment.

Being a councillor must be really bad for your self esteem if you feel you can't comment on a paragraph. Poor Mrs. Really Bad Blog.

John - believe me, being a Councillor CAN INDEED be really bad for your self-esteem!

So it looks like it's me and photoshop to the rescue.

However Ms. Dawe's comment on the whole hoi polloi episode in the letters page of the Evening Labour Supporting News:

but one reason for having a means by which to identify councillors from others on these civic occasions?

To allow the public to throw their rotten eggs and squishy tomatoes at the right people, of course.

gives the citizens a get out of jail free card because she has basically given permission for the hoi polloi to throw eggs at councillors on civic occasions - I'm sure you will remind us on this blog when these occasions crop up - 7 days notice please so we can get the tomatoes really squidgy.

... by the way, I have to laugh at all this "Labour Supporting Evening News" stuff - I'll tell you, it never felt like that when we were in charge :-((

Of course, this is only my personal opinion.

Yesterday's headline by Scotland on Sunday was a disgrace to the fourth estate.