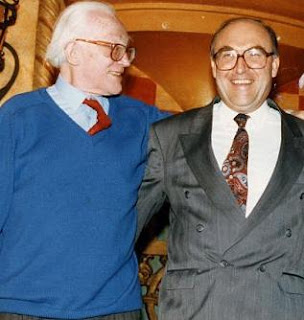 ... John Smith was the Labour Party candidate (and MP) in my home constituency at the time, and Michael Foot was obviously Labour Party Leader.

Seems like a different lifetime now, yet it's less than 30-years ago ... I wasn't politically active at the time, but knew instinctively that both those men were politicians of true principle.

Where that there were more of them around in politics today.
Posted by Andrew at Wednesday, March 03, 2010