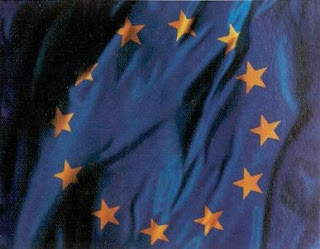 I mentioned the ongoing European Election campaigning, briefly, a few days ago ...

... well, late this afternoon I attended a short official briefing about the formalities on the day and for the election-count thereafter.

What all readers may not be aware of is that although the European Election (throughout the UK) is on Thursday 4th June, the Edinburgh count doesn't actually take place until 5.30pm on Sunday 7th June, and the final result won't be announced until around midday on Monday 8th June.

And don't forget, that the number of Scottish MEP's has indeed been reduced (following further EU expansion) from 7 to 6 for this election!
Posted by Andrew at Thursday, May 21, 2009